An interview with Cyndi Lauper 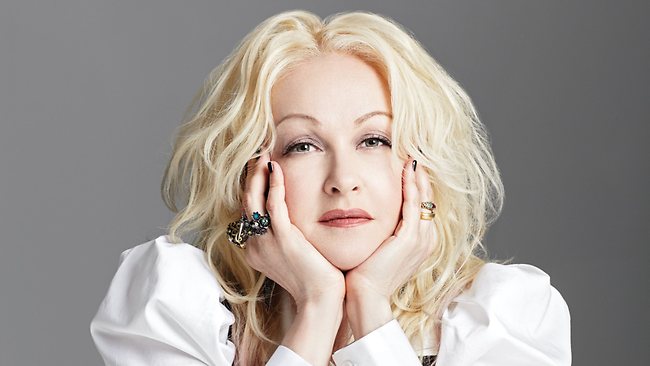 Now let’s think about this for a moment, because her effect on you when she entered your life depended on your how old you were at the time.

If you were in college, you probably just had your heart razed by your “bi-curious” closeted boyfriend. He switched back to girls, and you, a blubbering mess, listened to “I’m Gonna Be Strong” on a loop for six days.

If you were in high school, you were full of what your dad called “piss and vinegar.” You stole cigarettes. You lived in detention. A botched piercing attempt with a thumbtack sent you to the emergency room. You listened to “She Bop” in the ambulance.

If you were in middle school, you saw the video for “Girls Just Want To Have Fun” and then colored in your hair with a pink Hi-Liter. Mom freaked, and took away your She’s So Unusual album. You started wearing blue lipstick in protest.

Though Madonna may have won the great female pop star showdown of the 1980s, Cyndi remained the big sister we never had. She took advantage of the new medium called MTV in a way that had never been done before, using her videos to actually create a persona rather than simply supplement her existing one. In a decade conflictingly obsessed with conformity and eccentricity, she was the perfect black sheep, somehow freaky and fabulous at once. But what made her a star in the Eighties may be what sparked her decline in the Nineties. As Madonna changed with the times and rocketed forward, Lauper remained the nonconformist. And her career suffered.

Now she’s turning fifty. Her hair is a crisp, one-tone shade of black. She has a son who shares Elvis Costello’s given name. And her new EP, Shine, reflects an oddball coming-of-age, with a mid-tempo rhythm to frame that same She Bopper mentality.

Lauper took time out from her tour with fellow comeback queen Cher to give an update on her life via phone. Brooklyn accent in tow, she discusses politics, gay-iconism, Eighties music, her lesbian sister and what it’s like to be a rock ‘n roll mom.

MW: Where are you right now?

MW: Are you and Cher playing nice?

LAUPER: She’s outrageous! Oh, my god. She called me up today and said, “Come on, get up, get out.” She’s renting out a theater and taking everyone to see Austin Powers. She’s a good egg, that one. How many people do you know would do something like that?

MW: I don’t know many people who could rent out a theater.

LAUPER: But that’s not what I mean. I mean, someone of her stature. I’ve worked for a long time and nobody does that.

MW: So you two interact quite a bit?

LAUPER: I call her, I talk to her assistant. She’s always busy, I’m always busy. It’s weird because we’re both working so hard, we barely get a chance to see each other.

MW: Your shows have been getting great reviews. People are going wild!

LAUPER: Where? What people?

MW: People everywhere. Am I wrong?

LAUPER: No, I guess you’re right. I don’t read my reviews on the road. If they’re good reviews, you get lazy and a swelled head. If they’re bad, it’s going to mess you up anyway, so it’s better not to read them and just try your best.

MW: How have you managed to keep drawing crowds after all these years when most big stars disappear after a couple of hits?

LAUPER: I’m a musician, and musicians are lifers. I didn’t come this far to be told how and when to do anything. I’m going to do what I want to do. It’s tough. The gatekeepers are tough. But you know what? Gatekeepers come and go, but musicians always play. Nobody can take that away from you.

“I was always told you can either be a rocker or a mom — you can’t be both. But that was a load of crock, because every guy rocker was a dad, and my whole career was considered to be one big faux pas anyway.”

MW: Have you been pressured through your career to do things that weren’t really you?

LAUPER: You get pressure your whole life, and you have to make a choice. Your own shoes are hard enough to fill, but somebody else’s are even tougher.

MW: I thought it was great that you flaunted your pregnancy in the video for “The Ballad of Cleo and Joe.”

LAUPER: You mean with the disco ball stomach? [Laughs.] I wonder what [my son] Declyn is going to think when I show him that.

MW: Do you think a lot of female celebrities are encouraged by the industry to hide out while they’re pregnant?

LAUPER: d It’s the “Madonna/Whore Syndrome.” So I was like, “Fuck you, why should I do that?” When I was pregnant, I thought I was supposed to be beautiful, but all the clothes they make for pregnant women make you look like a tent. Freaking ugly. They make you look like a big, fat pig. So I talked it over with my stylist and I said, “Look, this stinks.” So we went to Trashy Lingerie on Sunset Boulevard and did a whole stretchy, sexy kind of trashy thing. I loved it.

MW: Do you think the reason you’ve become such a gay icon is because you do things like that? Things that aren’t socially acceptable?

LAUPER: I reached out to the community a while ago when I did “True Colors” and I got a lot of letters that were very moving. Lots of teenagers who had just come out and were depressed about their parents disowning them. Some were suicidal, some were just sad. And it was a lot for me, because my sister is a lesbian — and she’s one of the most fantastic people I know. It’s a family issue. If you can’t vouch for people in your own family, who are you going to vouch for?

MW: How do you feel about being a part of the community even though you’re not a lesbian?

LAUPER: Well, I’ll tell ya. I knew the people putting together the Gay Games in Yankee Stadium in 1994. They asked me if I wanted to perform, and I was like, “Sing at Yankee Stadium for the Gay Games? That’s fabulous!” But I was worried. I thought it would be this big Broadway extravaganza, and I can’t dance. I’m always the guy in the back of the aerobics class bumping into people. Dancing’s not my thing. I’m spastic.

MW: But you dance at your concerts.

LAUPER: That’s not dancing. I don’t know what that is.

MW: But the Gay Games performance turned out okay?

LAUPER: Yeah, I did “Girls Just Want To Have Fun” with a bunch of drag queens. They were fabulous. Their shoes alone, I’ve got to tell you, were the most incredible thing I ever saw. And that was the start of getting involved in the Pride parades the next year. One of the drag queens called me two weeks before the parade and said, “Cyn! It’s Gay Pride! You should have your own float!” I asked, “How am I going to get a float in two weeks?” and she said, “Just tell them you’re Cyndi Lauper,” and we did it.

MW: A lot of gay-friendly people have trouble accepting their own children as gay or lesbian. How will you feel if Declyn turns out to be gay?

LAUPER: I would be fine. I would say to him, “You know, hon, you’re different and that’s just the way that it is.” I don’t know if he’s gay or not. He used to play basketball in my high heels. He loves costumes, he dresses up as Spiderman, he plays hockey. Declyn’s a funny kid. He’s just free. He has his own thing going on, whoever he is, and the only thing I can do as a parent is help him survive in the world as who he is. I just want him to be happy and healthy and wise. You can’t make your child into yourself. So we’ll see who he turns out to be.

“Let me tell you something. The politicians and people who are in charge, they’re evil. They don’t care, they’re just blind with greed.”

MW: Does the music scene need to be more socially responsible? I’m thinking back to when you did “We Are The World.”

LAUPER: Ha! That ego shit? That was so pretentious.

MW: Why was it pretentious?

LAUPER: Oh, come on. What was Bette Midler doing there? The whole thing was totally politics. Where was Patti LaBelle? Where was Aretha Franklin? But who cares? It made a lot of money and hopefully it did something really great. That’s all that matters. I don’t know why people have to turn into trolls and not give a damn about things like feeding children. Let me tell you something. The politicians and people who are in charge, they’re evil. They don’t care, they’re just blind with greed.

MW: So I take it you’re not a big fan of this whole “war on terrorism?”

LAUPER: For someone to be angry enough to blow up the World Trade Center, that’s a lot of hate. Where do you think that comes from? You think it comes from nowhere? It’s the Haves and the Have-Nots, baby. And if the Have-Nots are getting bigger and bigger, then it ain’t going to stick for nobody. Getting us involved in some big brouhaha war that your dad didn’t finish in unacceptable. How about we take a vote? Because nobody asked me what I wanted. And if you’re asking my kid to do it, no goddamn way.

LAUPER: Yeah. Tell everyone there’s no sex like safe sex. I’m a she-bopper, so I can say that.