“They were the first kind of, like, bearded drag queens — hippie, weird, freak drag queens.” The astonishment and marvel is apparent in Waters’s voice. “It was really new at the time. It still would be new.”

Waters is referring to The Cockettes, a late ’60s, San Based-based performance troupe, founded by the flamboyant, free-thinking hippie Hibiscus. The group was less an exercise in experimental theatre than more of an anything goes amateur hour, a gender-bending free-for-all, aided by a healthy dose of mind-altering drugs. “Every person on stage — and in the audience — was on drugs,” laughs Waters. Yet, in two and a half years, The Cockettes, a commune for the rhinestone and glitter inclined, grew from an LSD lark to a minor cultural phenomenon.

And watching David Weissman and Bill Weber’s exuberantly entertaining, brilliantly researched and assembled documentary The Cockettes, you feel as though you’re there with them — you’re part of the experience. While it transports you back, Weissman and Weber are careful not to tint the glasses with too much rose. All the struggles are there as well: the petty in-fighting, the conflict within the group whether to perform for free or to accept payment, and the crÃ¨me de la crÃ¨me — The Cockettes’s stunningly disastrous opening night in New York.

“The [audience] got up and fled,” recalls actress Sylvia Miles who, like Waters, is one of the celebrities who lends her talking head to the picture.

Weissman and Weber tell the story in more or less chronological segments, using remarkably pristine, un-faded footage from Cockettes performances and backstage antics, most of it from the vaults of ex-Cockette, the late Martin Worman and recollections from Cockettes who had not succumbed to drug overdoses or AIDS. What emerges is a compelling, portrait of these wild, freakish kids, some of whom, like the colorful, eye-burning Jilala, still cling to an ideal of spiritual elevation through extreme flamboyance.

At the core of the movie lies the story of George Harris, a young actor moved to San Francisco and joined the commune Kaliflower, where he reinvented himself as Hibiscus, a “Christ-like” figure with a penchant for huge headdresses and long, flowing robes. In 1969, Hibiscus and a group of friends began performing free midnight shows at The Palace movie theatre in San Francisco. “We were so far from the mainstream, we were almost illegal,” says Sweet Pam, one of the troupe’s three actual women.

As their popularity grew, so did the pressure to become something The Cockettes fundamentally weren’t — professional and adept. And their shows, which “encouraged nudity” on stage, grew more elaborate — from the horror-themed Les Ghouls to the Busby Berkeley-inspired Tinsel Tarts in a Hot Coma, which a young Rex Reed called “a landmark in the history of new, liberated theatre” in his syndicated column, drawing national attention to the group.

Though not a Cockette, Divine graced several of their shows as a special guest — and the home-movie footage of drag’s most legendary performer cavorting with The Cockettes takes your breath away. Even more stunning is the footage of a young Sylvester, who started his career as a Cockette (the only truly talented member, he soon eclipsed the group and struck out on his own).

The story of The Cockettes’s rise and fall is hardly surprising. But nor is it steeped in drama or wet-noodle nostalgia. It is put in perspective by the surviving members — among them, the pragmatic Scrumbly, the slightly roasted Marshall, Earth Mother-like Dusty Dawn, the mildly queeny Rumi, and the out-and-out bitchy Goldie Glitters — who are candid about their past exploits.

“People were allowed to live at the end of their imaginations,” recalls Cockette Fayette Hauser. “We were on a spiritual quest. This is what we were born to do — to change everything.”

The movie has some enormously enjoyable moments — not the least of which is a segment from The Cockettes’s greatest glee-induced moment: a filmed “recreation” of the Tricia Nixon wedding that was originally shown at The Palace on the same night of the White House nuptials. The sight of Cockette Pristine Condition’s clueless Rose Kennedy or of Sylvester singing joyously as Coretta Scott King, is not merely hilarious (though it is that), but a reminder of the anarchy of the times.

“It was a hippie sideshow,” someone says at one point. And Weissman and Weber are the barkers, revealing it in all its excessive, decadent, colorful glory. Documentaries aren’t supposed to be this much fun. But The Cockettes leaves you longing for the days of free love and communal charms, of youthful self-expression and over-indulgence. About the only thing that would make the movie a more satisfying experience is a tab of LSD.

First transgender contestant to qualify for the Tournament of Champions ranks among the top five highest earners in show history.

Jeopardy! contestant Amy Schneider, a transgender woman, achieved another milestone this week, winning her 39th game in a row and becoming the player with the second-highest number of consecutive victories in the show's history.

With Monday night's win, Schneider surpassed the 38-win mark achieved by contestant Matt Amodio last year, and is second only to current guest host Ken Jennings, who won 75 games and more than $2.5 million in regular-season play in 2004.

"You now have the second-longest streak in Jeopardy! history,” Jennings -- one of several in the running to be the new permanent host -- said following Schneider's victory, as the audience burst into applause. "Let’s see how long it'll go, folks. We'll find out starting tomorrow." 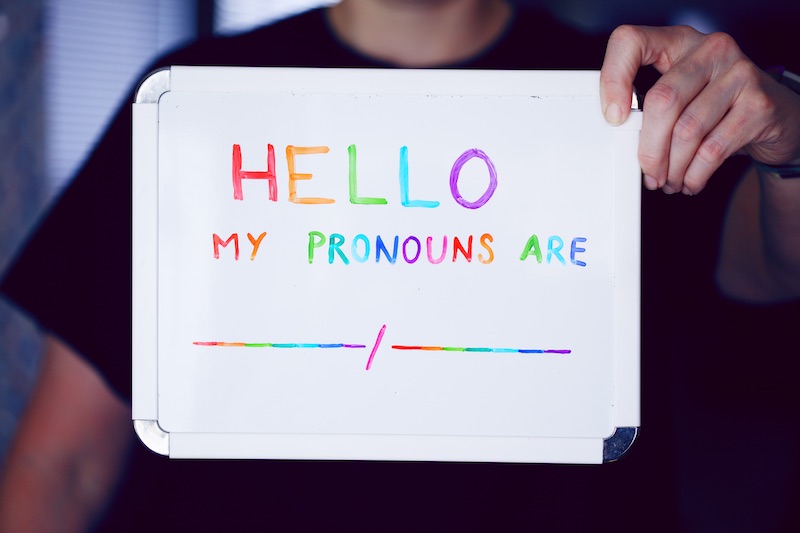