A leading gay critic of the administration’s progress on LGBT issues called the compromise language unveiled this week for ”Don’t Ask, Don’t Tell” a ”conditional future repeal,” adding that it ”is not repeal with delayed implementation.” A leading law professor who writes about legislative questions agrees. 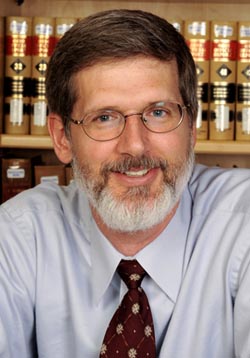 Richard Socarides, who had served as President Clinton’s gay and lesbian liaison when the Defense of Marriage Act was signed into law, knows the difficulty of traversing political waters with LGBT issues. That has not, however, stopped him from being openly critical of the Obama administration’s efforts on those issues.

Socarides’s main dig at the compromise, however, held up to scrutiny when examined by Ohio State Moritz College of Law professor Steven Huefner, who spent five years in the U.S. Senate’s Office of Legal Counsel and has written about legislative delegation to the executive branch similar to that at issue in the compromise language.

Socarides had written, ”As far as I can tell, the proposed legislation instead makes repeal conditional on a future discretionary certification which may or may not occur. . . . [I]t is not repeal with delayed implementation. It’s conditional future repeal.”

After reviewing the language, and although he noted it was only a preliminary review, Huefner agreed. To reach this conclusion, he pointed to the discretion given to the executive branch as a sign that the language does make repeal of 10 U.S.C. Section 654 – the law underlying the DADT policy – conditional.

”Congress is giving to the executive branch the choice to decide the moment when the repeal is to happen,” he said. ”The bill gives the executive the power to say not only when, but whether, the conditions set forth in the effective date section exist.”

Although two of the three conditions set out in the amendment before certification can be sent are, arguably, ministerial duties – which would mean that the president, defense secretary and chairman of the Joint Chiefs would have no discretion to decide whether or not to act – the third does appear to grant discretion to the three.

The third provision requires the three to certify that the policy and regulatory changes necessary to implement repeal are ”consistent with the standards of military readiness, military effectiveness, unit cohesion, and recruiting and retention of the Armed Forces.”

Additionally, he noted that another provision of the amendment states, ”If these requirements and certifications are not met, section 654 of title 10, United States Code, shall remain in effect.” As such, Huefner said, a court would be unlikely to interpret the language to require the executive branch to make the certification contemplated in the amendment.

Huefner also noted that this was ”not very different” from other congressional delegation and that such delegation is regularly found to be constitutional so long as the statute has made ”enough decisions” and gives the executive branch ”enough guidance” to administer the law. Huefner did not see a problem with this language meeting that standard.