From the White House to military recruiting centers, Judge Phillips's order halting the enforcement of DADT is having ripple effects across the country 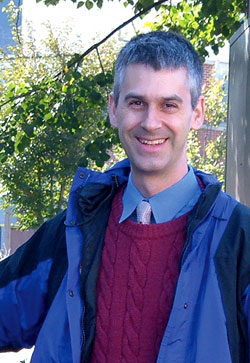 The Department of Justice appealed that decision on Oct. 20, asking the U.S. Court of Appeals for the Ninth Circuit to issue a stay while it considers the appeal of the case. The court had not ruled on the request as of Metro Weekly deadline.

As Phillips was crafting her opinion following an Oct. 18 hearing on the request, however, Pentagon spokeswoman Cynthia Smith announced on Oct. 19 that “[r]ecruiters have been given guidance, and they will process applications for applicants who admit they are openly gay or lesbian.”

It earlier had been announced that the military would be complying with the judge’s order while it sought a stay.

The White House, meanwhile, fielded questions on Oct. 19 about the case, President Barack Obama’s plan for legislative repeal in the lame-duck session of Congress, and the president’s view on the constitutionality of the law. Although spokesman Robert Gibbs said Obama is looking for the Senate to act in the lame-duck session to pass the language for repeal previously passed by the House and Senate Armed Services Committee, he refused to answer whether Obama views the law as unconstitutional.

The statement provided by the Pentagon’s Smith in an e-mail to Metro Weekly, first reported by the Associated Press, came days after a report in The New York Times that Omar Lopez, who is an out gay man, was turned away at a recruiting station in Texas because of his sexual orientation – despite the judge’s order.

Smith also wrote that “[r]ecruiters are reminded to set the applicants’ expectations by informing them that a reversal in the court’s decision of the ‘Don’t Ask, Don’t Tell’ law/policy may occur.”

That caution was echoed by Servicemembers Legal Defense Network (SLDN) Executive Director Aubrey Sarvis, who advised in a prepared statement, ”During this interim period of uncertainty, service members must not come out and recruits should use caution if choosing to sign up.”

”A higher court is likely to issue a hold on the injunction by Judge Phillips very soon,” he continued. ”The bottom line: if you come out now, it can be used against you in the future by the Pentagon.”

Despite the caution urged by Smith and Sarvis, however, Dan Choi – discharged from the military over the summer under DADT – went to a recruiting station in New York City on Oct. 19 to re-enlist in the armed forces.

The government had not yet announced what it will do if its stay request is granted by any court, but Undersecretary of Defense for Personnel and Readiness Clifford Stanley said in the Oct. 15 memorandum detailing the Defense Department’s adherence to Phillips’s order that he “will issue additional guidance” if a stay is granted.

Regardless of the question about the stay, the Ninth Circuit already set the schedule for the appeal of the LCR case, a step the government set in motion when it filed a notice of appeal on Oct. 14. According to the order, the government will not be required to file its appeal brief until Monday, Jan. 24, 2011. The attorneys for LCR are required to file their response by Tuesday, Feb. 22, and the government’s reply is required to be filed by 14 days following the LCR filing.

The day after Phillips issued the injunction halting DADT enforcement, Defense Secretary Report Gates expressed concerns about the ruling. The AP, via Politico, reported that Gates said that changing DADT “is an action that requires careful preparation and a lot of training. … It has enormous consequences for our troops.”

On Oct. 14, Stanley filed a declaration in Phillips’s court stating, “Requiring the Department to cease all enforcement of DADT, immediately and worldwide, will cause significant disruptions to the force in the short term and, in the long term, would likely undermine the effectiveness of any transition to accepting open service by gays and lesbians in the event the law is repealed or eliminated.”

The declaration was filed in conjunction with the government’s formal request for a stay, in which it argued that “immediate implementation of the injunction would disrupt [the Pentagon working group’s DADT repeal implementation] review and frustrate the Secretary’s ability to recommend and implement policies that would ensure that any repeal of DADT does not irreparably harm the government’s critical interests in military readiness, combat effectiveness, unit cohesion, morale, good order, discipline, and recruiting and retention of the Armed Forces.”

The Palm Center – a research center based out of the University of California, Santa Barbara, that has provided significant research on DADT in the past decade – focused on Gates’s comments about the impact of stopping DADT enforcement by setting up a website dedicated to tracking its impact.

Aaron Belkin, the director of the Palm Center, told Metro Weekly Oct. 17, “My sense – from the moment Secretary Gates made the remark – is that the Pentagon is saying it can’t do something that it is already doing.”

This is a point that he and others would argue was confirmed by Stanley’s Oct. 15 memorandum, and that Palm hopes to drive home with the new website.

With a running timer, the site – ”Enormous Consequences” – details the number of incidents reported showing what it calls the “Consequences of Allowing Gays to Serve Openly,” namely unit cohesion or disciplinary problems, resignations, privacy issues or any other problems that arise during the injunction.

When questioned about the site and whether Gates was referring to “consequences” occurring literally in the hours following the end of the enforcement of the policy, Belkin replied, “If he’s saying he doesn’t expect consequences in the first week, when exactly will the enormous consequences become clear? When was he referring to?”

To track any incidents, Palm has submitted a Freedom of Information Act request seeking any relevant information and will track any news suggesting such consequences.