By Metro Weekly Contributor on August 4, 2011

Some people play to experience virtual worlds of fantasy, others play to explore realistic recreations of history. 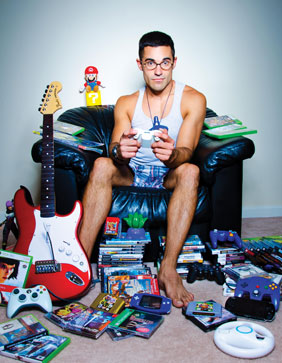 There are nearly as many reasons to play video games as there are games themselves. But one thing is certain: More people are playing than ever. And more of those people playing are LGBT gamers.

Not so long ago, if the topic of ”gay” came up in conjunction with video games, it was to focus on a negative — the invisibility of LGBT characters in games; the taunting and harassment of gay players online; the stereotypes that seemed to carry over from old entertainment forms into this new, virtual one.

Gay and lesbian storylines and characters have started to play important roles in video game stories. Online players have their own guilds and groups for friendly games among themselves or competing against the world at large. And while the subject of gays and gaming may still raise the occasional tempest in a teapot — mainly from those anti-gay quarters that have a surplus of tempests and teapots, no matter the entertainment medium — for those who play, create and market video games, LGBT lives and stories are simply a part of their world.

So whether you’re looking to frag a few space marines on your Xbox or target some snorting pigs in Angry Birds on your phone, you’re not alone. There’s a big gay world of gaming waiting for you to explore.