By Daniel Villarreal on February 1, 2012 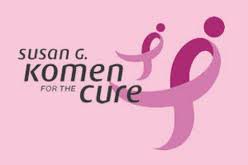 But Planned Parenthood president Cecile Richards said that Komen “succumbed to political pressure” by anti-abortion advocates to end its relationship with the nation’s largest abortion provider. 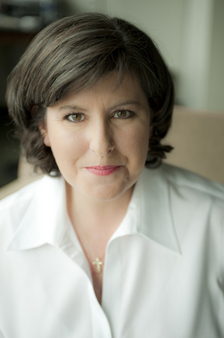 During her 2010 Republican bid for Georgia governor, Handel supported defunding Planned Parenthood as well as outlawing gay adoption and criminalizing same-sex marriage statewide. In an interview with 11alive, an NBC affiliate, she was interviewed about her view on same-sex relationships:

Q:  You have said that you are — you’re against gay marriage, right?

Q:  Are you against civil unions for gays?

A:  Yes.  I think that’s not an issue that has come forward in Georgia.  We have the constitutional amendment against gay marriage, and I don’t want to see any taxpayer funding going toward benefits etcetera for a couple that is not married.  In our state and for me, marriage is for one man and one woman.

Planned Parenthood says that last year Komen granted the organization and at least 19 of its affiliates roughly $680,000 for breast-cancer screening and breast-health services. Since the organizations began their partnership in 2005, Komen has helped finance nearly 170,000 clinical breast exams and 6,400 mammogram referrals aided by Planned Parenthood.

Citing research from the American Cancer Society and National Cancer Insittute, Jorge Rivas of Colorlines.com says that the people that will be most affected by Komen’s cut in funding will be poorer women of color:

“How sad, destructive and unconscionable for Susan G. Komen for the Cure to turn its back on the very women it pretends to help. When self-interest and wealth accumulation become your primary goals, the first casualties are integrity and values. The only action Komen can take to restore some shred of dignity is to reverse this tragic decision.”