A strong majority of Marylanders would vote to uphold Maryland’s recently passed marriage equality law if it is taken to a referendum in November, a new poll by Public Policy Polling (PPP) shows.

The poll of 852 likely voters, taken between May 14 and May 21, shows 57 percent of Marylanders would vote to uphold the law, while 37 percent would vote to overturn it. That marks a 12-point shift from a March PPP poll that showed support for marriage equality leading by a slimer margin of 52 percent to 44 percent. The poll’s margin of error is plus or minus 3.4 percent.

The poll, done by PPP on behalf of the Marylanders for Marriage Equality coalition, also includes an oversample of 398 African-Americans. 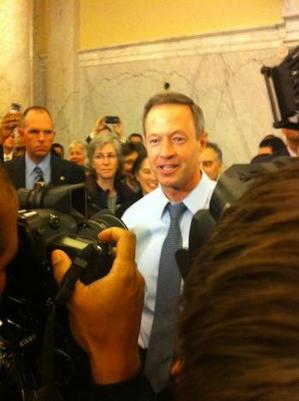 Maryland Gov. Martin O’Malley (D) signed the Civil Marriage Protection Act, which grants same-sex couples the right to marry in Maryland, into law on March 1. The bill will not take effect until January 1, 2013, and is expected to be subject to a referendum in November.

Opponents of the law, led by the Maryland Marriage Alliance, have vowed to collect the 55,736 signatures needed to force the bill to go to referendum. Opponents are required to submit more than one-third the total number of required signatures, or 18,579, by June 1. The rest must be submitted by July 1.

The poll comes on the heels of President Obama’s May 9 announcement that he supports marriage equality and was taken in the midst of the May 19 vote by the NAACP board of directors to endorse marriage equality.

Jensen writes, “While the media has been focused on what impact President Obama’s announcement will have on his own reelection prospects, the more important fallout may be the impact his position is having on public opinion of same-sex marriage itself.”

Additional crosstabs show marriage equality with a large margin of support in the 301 area code, which PPP classifies as “Western Maryland.” Sixty-one percent of the voters in that geographic area — which covers the state’s western panhandle, the Washington, D.C. suburbs in Frederick, Montgomery and Prince George’s counties, and southern Maryland, including Charles and St. Mary’s counties — would uphold the marriage equality law, while 34 percent would vote against it.

In the region covered by the 410 area code, labeled “Eastern Maryland,” which includes Baltimore City, the Eastern Shore and Baltimore, Harford, Carroll, Howard, Anne Arundel and Calvert counties, 54 percent would vote to uphold the law and 40 percent would vote against it.

The poll also asks a separate question, “Generally speaking, do you think marriages between same-sex couples should or should not be recognized by the law as valid, with the same legal rights as traditional marriages in areas such as inheritance and hospital visits?”

“Things are moving in Maryland,” Josh Levin, campaign manager for Marylanders for Marriage Equality, said in a statement. “We’re approaching a supermajority who want to uphold the state’s new marriage law. The message of stronger families and greater fairness is resonating, and we’re confident Maryland will be the first state to win a ballot measure on marriage equality and religious freedom.”