The State Department condemned the violent arrests and continued harassment of dozens of LGBT activists in Zimbabwe earlier this month in a statement released on Thursday. 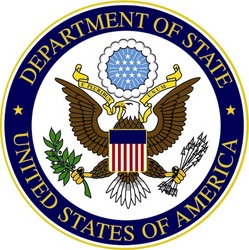 A spokesperson for the State Department said the United States stands in solidarity with gay activists who have been targeted by the Zimbabwean government, which considers homosexuality illegal.

“We are deeply concerned when security forces become an instrument of political violence used against citizens exercising their democratic rights,” said State Department spokesperson Victoria Nuland. “We call upon the Government of Zimbabwe to end this pattern of abuse and to eradicate the culture of impunity that allows members of the security sector to continue to violate the rights of the Zimbabwean people.”

On Aug. 11, 44 members of Gays and Lesbians of Zimbabwe (GALZ) were arrested after police executed a raid on a meeting convened by the organization to launch a report on gay rights’ violations. 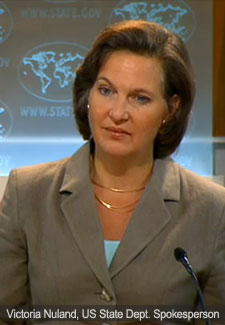 Several LGBT activists sustained serious injuries and were detained without charges. According to news reports, members were assaulted with batons and some police officers appeared visibly drunk.

A second raid was executed by police on Aug. 20, during which computers and GALZ publications were confiscated in what the group believes is an attempt to derail their efforts. Moreover, police have targeted arrested members’ homes and interrogated and harassed family members.

The statement from the Obama administration comes after the U.S. Embassy joined the European Union in condemning the attack, describing it as a “deeply disturbing part of life in Zimbabwe.”