As LGBT-advocates continue to hail Gov. Jerry Brown’s signing of a bill on Saturday that made California the first state to officially outlaw gay “conversion” and “reparative” therapy for minors, the anti-gay Liberty Counsel has announced it will file suit against the historic law. 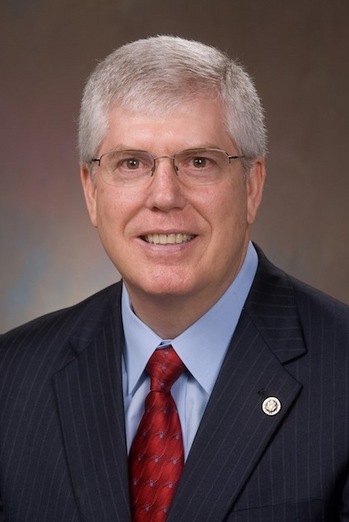 In a statement released today, Liberty Counsel Chairman Mat Staver announced that the group of social conservatives, which seeks to advance “religious freedom, the sanctity of life, and the family,” would challenge the California law on the grounds that it imposes a “catch-22” for licensed therapists.

“The California governor and legislature are putting their own preconceived notions and political ideology ahead of children and their rights to get access to counseling that meets their needs,” Staver said in a statement. “A number of minors who have struggled with same-sex attraction have been able to reduce or eliminate the stress and conflicts in their lives by receiving counseling of their choice which best meets their needs and religious convictions.”

According to Staver, who is also dean of the Liberty University School of Law, the bill and the ethical codes of the state’s licensing boards in California are on an “inevitable collision course.” He added that the bill would “harm children, stress families, and place counselors in a catch-22, because they will be forced to violate their licensing ethical codes.”

The legislation signed into law by Brown on Saturday is the first of its kind in the nation and prohibits children younger than 18 from undergoing “sexual orientation change efforts” at the hands of licensed therapists seeking to “cure” them of homosexuality. The law has been lauded by LGBT-advocates as protecting gay youth from abusive practices now deemed by the state to be harmful and dangerous.

In a statement released after signing the bill into law, Brown said such therapies, which “have driven young people to depression and suicide,” had been “relegated to the dustbin of quackery.”

Despite the scientific evidence against such therapy, Staver echoed an argument made by opponents of the original bill, who said the Legislature should not be in the business of making decisions on behalf of parents.

“This law undermines parental rights,” Staver said. “Mental health decisions should be left to the patient, the parents, and the counselors – not to the government to license one viewpoint.”

The bill underwent a fierce lobbying effort by LGBT-advocacy organizations, including the Human Rights Campaign, which delivered a petition with more than 48,000 signatures to Brown last week encouraging signage of the bill.

HRC Vice President Fred Sainz was incredulous to news that Liberty Counsel planned to challenge a law that protects minors from abuse and said any such challenge would be unsuccessful.

Describing the law as “rock solid,” Sainz noted its similarities to seat belt laws and other protections for children.

“We’re confident that any legal challenge to this law will fail,” Sainz told Metro Weekly. “They have lost their marbles if they believe a court in the state of California, of all places, is going to side with them on continuing to inflict this kind of psychological torture on youth.”