Longtime Dupont Circle-area club Omega has closed its doors, according to an announcement posted earlier today on Facebook from the bar’s general manager, Perry Morehouse. 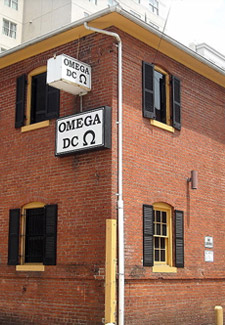 According to the post, the club, formerly known as The Fraternity House and located at 2122 P St. NW – off the street, in the alley – Omega is closed for business, effective immediately.

Morehouse told Metro Weekly that the bar staff has a few days to remove personal effects from the premises, but that there was a limited amount of time before the new owners take over. Morehouse said he did not know who was taking over the space, the name of the development company or any future plans for the space.

”That’s all I can tell you,” Morehouse said. ”I don’t know who bought it. All I know is that we’re closed.”

Morehouse declined to give the contact information for Omega’s owners over the phone. Calls to the bar went unanswered, though Morehouse noted in his Facebook posting that there should be someone at the bar on Thursday and Friday during the daytime hours.