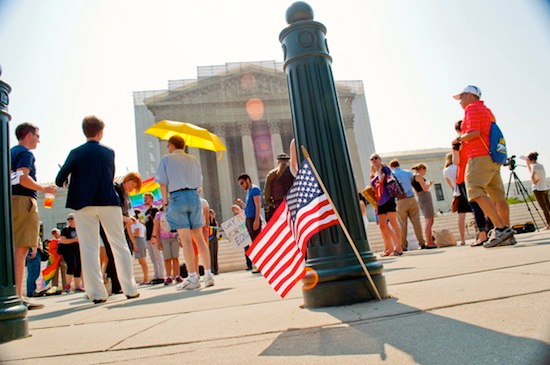 In a 5-4 decision, the U.S. Supreme Court has struck down the Defense of Marriage Act defining marriage as between a man and a woman as a violation of the Fifth Amendment. In another 5-4 decision, the high court dismissed the Proposition 8 case on standing, meaning same-sex marriages will resume in California.