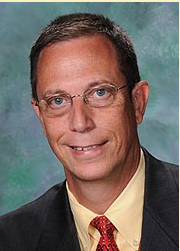 According to Baltimore TV station WBAL, an Anne Arundel County Police officer was transporting a prisoner when he saw someone in a grey 2001 Cadillac sedan driving erratically and committing several traffic violations near the intersection of Route 100 East and Edwin Raynor Boulevard in Pasadena, Md., around 12:40 a.m. The officer stopped the car and noticed the odor of alcohol.

According to the police report, Dwyer identified himself as a member of the House of Delegates and said he had two beers earlier in the evening at a tavern in Baltimore. A second officer who arrived on scene asked Dwyer to perform several field sobriety tests, which Dwyer failed. The lawmaker was then arrested after refusing to submit to a breathalyzer test.

According to the police report, Dwyer’s registration was expired and suspended for emissions. Dwyer was charged with driving while impaired and several other traffic violations.

Tuesday’s arrest marks the second time in the past year that Dwyer has been charged with alcohol-related offenses. In August 2012, Dwyer was involved in a two-boat collision on the Magothy River in which he, another adult and four children were injured.

Following that accident, Dwyer appeared at a press conference and admitted to drinking alcohol prior to the collision. Investigators later revealed that Dwyer’s blood-alcohol level was 0.24 percent, three times the legal limit for operating a vehicle.

Dwyer was charged in December 2012 with operating a vessel under the influence of alcohol; reckless operation of a vessel; negligent operation of a vessel; failing to register his boat; and a rules-of-the-road violation, meaning he failed to slow down or take other precautions to prevent a possible crash. The operator of the other boat was also charged, but none of those offenses were alcohol-related.

In May 2013, just before he was scheduled to go to trial, Dwyer and his lawyer announced he planned to plead guilty to the charge of operating a vessel while under the influence of alcohol as part of a plea deal, in exchange for prosecutors agreeing to drop the other charges against him. But Anne Arundel District Court Judge Robert Wilcox rejected the plea deal, sentencing Dwyer to 30 days in jail and requiring him to pay a $1,000 fine. Dwyer’s lawyer later filed an appeal of the judge’s decision. That appeal is still underway.

Dwyer had originally been scheduled to appear in court on Oct. 25 for sentencing in the boat accident, pending an appeal. According to the Maryland Judiciary database, Dwyer has not yet been scheduled for a court date related to Tuesday’s alleged offenses.

Dwyer rose to prominence in the Maryland General Assembly due to his anti-gay rhetoric and opposition to LGBT issues ranging from nondiscrimination to marriage equality. In 2010, he led a failed attempt to impeach Attorney General Doug Gansler (D) for issuing a legal opinion saying Maryland would recognize same-sex marriage licenses from other states.

Dwyer has several times proposed amendments to ban same-sex marriage, and called for the removal of Baltimore County Circuit Judge Brooke Murdoch after she found Maryland’s past ban on same-sex marriage unconstitutional. Dwyer was also one of the chief proponents of forcing Maryland’s 2012 marriage-equality law onto the ballot in hopes of overturning it. Maryland voters chose to uphold the law at the ballot box by a 52-48 margin.

Dwyer gave a January interview to the Maryland Gazette in which he claimed to have begun drinking more heavily in the months leading up to last year’s boat accident. He attributed his increased alcohol consumption to two factors: his November 2011 separation from his wife of 31 years, and the political “betrayal” by Del. Wade Kach (R-Baltimore Co.), Del. Robert Costa (R-Anne Arundel Co.) and former Del. Tiffany Alston (D-Prince George’s Co.) for voting in favor of the marriage-equality law after originally opposing it.

Dwyer has also experienced political repercussions from last August’s boating incident, with House Speaker Michael Busch (D-Anne Arundel Co.) removing Dwyer from the House Judiciary Committee, which oversees legislation regarding drunken driving and boating, and reassigning him to the Ways and Means Committee.

Following news of Tuesday’s arrest, the two top House Republican leaders, Minority Leader Nicholas Kipke (R-Anne Arundel Co.) and Minority Whip Kathy Szeliga (R-Baltimore, Harford counties), issued a joint press statement that they also posted on the official House Republican Caucus website. The statement reads: “We are deeply troubled by the latest reports charging Delegate Don Dwyer with a DUI. We are grateful that the police were able to intervene before anyone was harmed. We urge Delegate Dwyer to seek treatment immediately.”