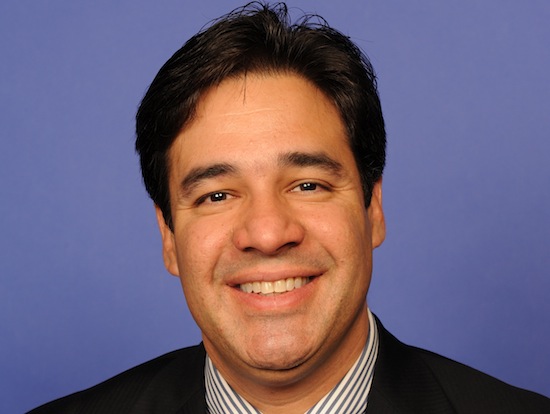 LGBT-rights groups were out in force Thursday blasting a bill introduced in the House of Representatives that seeks to “protect freedom of conscience” of those opposed to same-sex marriage, but which advocates argue will provide a “license to discriminate.”

Although the bill purports to protect tax-empt groups opposed to same-sex marriage, according to the Human Rights Campaign the Marriage and Religious Freedom Act as introduced by Rep. Raul Labrador (Idaho) would permit federal workers and recipients of federal grants and contracts to refuse service to married same-sex couples based on their personal religious beliefs about marriage. It would also give anyone the right to sue the federal government for monetary damages if they believe they have been discriminated against based on their religious convictions regarding same-sex marriage.

“The purpose of the legislation introduced today is simply to let federal employees, contractors and grantees refuse to do their jobs or fulfill the terms of their taxpayer-funded contracts because they have a particular religious view about certain lawfully-married couples – and then to sue the federal government for damages if they don’t get their way,” said HRC Legislative Director Allison Herwitt in a statement.

The legislation immediately received endorsements from groups like the National Organization for Marriage, which described it as critical to protecting religious liberty. Advocates, however, insisted the Constitution already protects the rights of people to hold and express their religious beliefs and that the bill would violate the Supreme Court’s decision striking down Section 3 of the Defense of Marriage Act.

“This sweeping Trojan Horse proposal would swallow civil rights laws and subvert constitutional protections, and is a dangerous ‘solution’ to a non-problem,” said Evan Wolfson, founder and president of Freedom to Marry, in a statement. “Decades of civil rights struggle, and long experience with both federal and state non-discrimination statutes, have made clear that we don’t need to gut non-discrimination laws to protect true religious freedom, and neither private religious views nor prejudice should get a special license to discriminate in the public sphere.”

According to The Hill, the bill was introduced with 60 co-sponsors, including two socially conservative Democrats — Reps. Mike McIntyre (N.C.) and Daniel Lipinski (Ill.).

Speaking to The Washington Post, Labrador said he began drafting the legislation after the Supreme Court’s June 26 decision out of fear opponents of same-sex marriage could begin to be targeted by the federal government.

“Some people looked at overturning it, or doing a constitutional amendment. I looked at the immediate need, which is the protection of religious institutions and churches, so that they can continue practicing their religion as they see fit,” Labrador said.