Obama applauds Senate passage of ENDA as tribute to progress 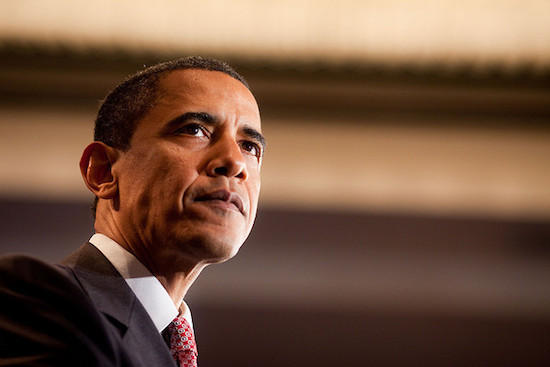 Immediately after the Senate voted 64-32 to approve landmark LGBT-rights legislation that would prohibit workplace discrimination, President Barack Obama issued a statement praising the Senate vote and urging the House of Representatives to finish the job.

For more than two centuries, the story of our nation has been the story of more citizens realizing the rights and freedoms that are our birthright as Americans. Today, a bipartisan majority in the Senate took another important step in this journey by passing the Employment Non-Discrimination Act, which would help end the injustice of our fellow Americans being denied a job or fired just because they are lesbian, gay, bisexual or transgender. Just as no one in the United States can lose their job simply because of their race, gender, religion or a disability, no one should ever lose their job simply because of who they are or who they love.

Today’s victory is a tribute to all those who fought for this progress ever since a similar bill was introduced after the Stonewall riots more than three decades ago. In particular, I thank Majority Leader Reid, Chairman Harkin, Senators Merkley and Collins for their leadership, and Senator Kirk for speaking so eloquently in support of this legislation. Now it’s up to the House of Representatives. This bill has the overwhelming support of the American people, including a majority of Republican voters, as well as many corporations, small businesses and faith communities. They recognize that our country will be more just and more prosperous when we harness the God-given talents of every individual.

One party in one house of Congress should not stand in the way of millions of Americans who want to go to work each day and simply be judged by the job they do. Now is the time to end this kind of discrimination in the workplace, not enable it. I urge the House Republican leadership to bring this bill to the floor for a vote and send it to my desk so I can sign it into law. On that day, our nation will take another historic step toward fulfilling the founding ideals that define us as Americans.

Although an indication of Obama’s long support for ENDA, advocates reiterated after today’s Senate vote their desire to see the president sign an executive order prohibiting federal contractors from discrimination on the basis of sexual orientation and gender identity.

“We urge the House of Representatives to pass ENDA immediately,” Griffin added, “and we call on President Obama to send a clear message in support of workplace fairness by signing this executive order.”