Student denied readmission to Baptist college after coming out

“I was told I couldn’t come back unless I petitioned to the president or I wrote a statement that I would adhere to the moral guidelines and basically not be gay anymore.” 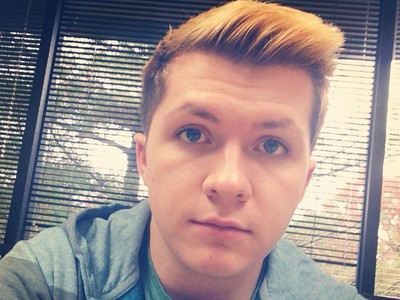 — Chase Martinson, who was refused reentry to Hannibal-LaGrange University (HGLU) after withdrawing due to illness in October of last year. The 20-year-old came out to friends on Facebook in December and reapplied. He was accepted to HGLU in January. Last week, Martinson was contacted by the school’s Office of Admissions and informed that his application was now “under consideration and in a state of inactivity.” HGLU, a Baptist-affiliated college in Missouri, informed Martinson that he was in breach of the school’s moral guidelines, which have specific rules against homosexuality. (KHQA)

Gay and bisexual men living in countries with hostile laws and attitudes suffer "significant psychological harm," a study by the Yale School of Public Health has found.

Published in the Journal of Abnormal Psychology, the study is believed to be the first to evaluate the impact of a nation’s structural stigma on mental health among gay and bi men by examining geographic mobility patterns.

“By taking advantage of the fact that many of the men in this study had moved between countries, we were able to take a novel approach to answering the question of whether and how structural conditions surrounding gay and bisexual men might be relevant to their mental health,” said the study’s lead author, John Pachankis.

The Australian soccer star said he didn't want to "live this double life, it's exhausting"

Cavallo, a left back and central midfielder for Adelaide United, came out as gay on social media, saying he wants to "show others who identify as LGBTQ+ that they are welcome" in the soccer community.

"All I want to do is play football and be treated equally," he said. "I'm tired. Trying to perform at the best of your ability and to live this double life, it's exhausting. It's something that I don't want anyone to experience."