Desiree Raught: The Next Generation Awards 2014

“There’s so much good going on in D.C. Public Schools that people don’t realize,” says Raught. A 10th grade English teacher at D.C.’s McKinley Tech High School, Raught cites the school system’s general “commitment to reform, to new initiatives and to innovative thinking.” But she’s most heartened by the significant strides made on behalf of DCPS’s LGBT students. “If you’re LGBT in our community,” Raught asserts, “D.C. is the most welcoming place I’ve ever known.” 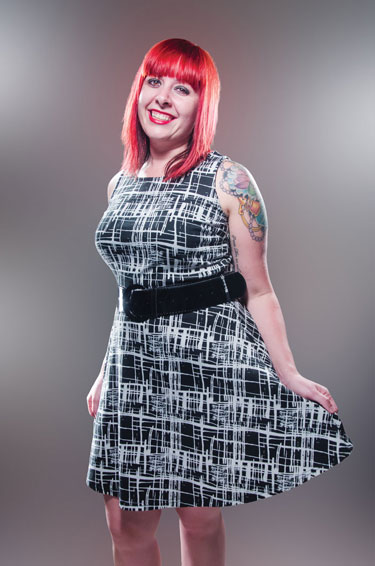 And the welcoming environment for gays at DCPS is largely the result of advocacy by Raught. Several years ago, Raught worked with the District’s Office of Youth Engagement to develop an official plan to create a safe and inclusive school community. She describes this as “a 12-page document that outlines all the reform and all the support structures that DCPS is putting in place across schools all over the District to support [Gay-Straight Alliances], to support LGBT students.” Since then, the Gay-Straight Alliance (GSA) that Raught started at McKinley at the behest of one of her students has grown from having four members to 80 – well over 10 percent of the student body, with most identifying as straight allies. Raught has also invited representatives from LGBT organizations to speak to her students as part of her work as McKinley’s LGBT Liaison. Nearly 20 schools within DCPS now have such LGBT Liaisons, who work with fellow teachers and administrators to “create a culture of acceptance.”

“I didn’t have the best high school experience,” says Raught, who grew up in Richmond. “I want to do what I can to make sure that every child I teach learns what he or she needs to learn, and that nothing gets in the way of that.” It’s precisely because of her leadership role in helping better D.C. Public Schools by fostering a safer, more inclusive environment, particularly for LGBT students, that Raught is being recognized with a 2014 Next Generation Award.

“That someone considers me a leader of the next generation, it makes me kind of shy,” the 28-year-old Raught says. “I think it’s a true testament as to just how lucky I am to be able to say that I’m an LGBT educator, … one with great support from my school leaders [and] from central office. … I think it means so much in terms of where our community is going and where our nation is heading, especially when you talk about the education field.”

Raught has been a champion of education basically since she started school. “Growing up I just had a really unstable family and home life,” she shares. Her mother went to jail when she was in sixth grade and her father kicked her out of the family trailer in 10th grade, so she moved among relatives’ homes, and even spent much of high school living with friends. But unlike many others in such a demoralized, nomadic state, Raught never considered dropping out of school.

“School was the one thing that I could count on to always be there,” she explains. “It’s the place where I got most of my positive reinforcement. Where, if I ever were to hear anything positive about myself, it was usually from my teachers.”

“That’s a large part of why I do what I do, because the school system was there for me growing up,” she continues. Still, Raught, who is happily partnered and living in D.C., has never really considered teaching in her native Virginia. “I love Virginia, I love the beautiful state that it is,” she says. But without marriage equality and with few supportive LGBT policies in schools, she adds, “I couldn’t teach in a place that wouldn’t accept me and my students.”

She certainly doesn’t have to worry about that at McKinley. In her classroom Raught has a “Born This Way” flag – “My students know that I’m obsessed with Lady Gaga” – on the wall behind what she calls her GSA Resource Station, a “safe space” for students to study or read books donated by LGBT organizations. McKinley also now has an LGBT Resource Center in its library – as Raught says, “With LGBT-friendly books! Where else can you get that in a public school? It’s not happening all over the place.”

High school can be a particular kind of hell for students and teachers alike, and DCPS has long been beset with challenges. “I’ve been teaching for seven years, and it is easy to get discouraged,” Raught concedes, though she’s quick to add she has no intention of quitting, either teaching or DCPS. Because, ultimately, she continues to see more hope than discouragement. For example, while DCPS is generally still struggling to boost overall student academic achievement, Raught’s students have been making significant progress on standardized tests. Though it’s impossible to attribute such success to any one factor alone, a warmer, more collegial classroom must play at least some part.

“Fostering a safe, inclusive space where students are celebrated and where they feel safe to be who the are,” as Raught puts it, “encourages them to ask questions, to let their guard down and to really learn.”