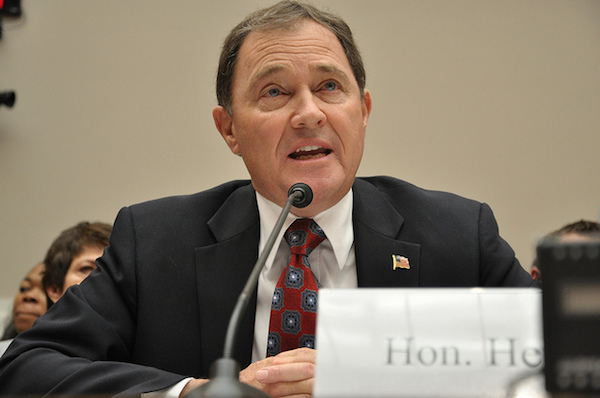 A federal judge ordered the state of Utah to recognize the marriages of more than 1,000 same-sex couples married in the state earlier this year in a decision handed down Monday.

“The State’s decision to retroactively apply its marriage bans and place Plaintiffs’ marriages ‘on hold’ infringes upon fundamental constitutional protections for the marriage relationship,” Kimball wrote. “The State has placed Plaintiffs and their families in a state of legal limbo with respect to adoptions, child care and custody, medical decisions, employment and health benefits, future tax implications, inheritance, and many other property and fundamental rights associated with marriage. These legal uncertainties and lost rights cause harm each day that the marriage is not recognized. “

The preliminary injunction issued today is not a permanent order, but does reflect the court’s determination that the plaintiffs’ would suffer irreparable harm and are likely to prevail on the merits of their case. The order also provides a 21-day stay to allow the state to respond.

The decision comes in a case filed in January by the American Civil Liberties Union on behalf of four same-sex couples who were legally married in Utah before the Supreme Court issued a stay. Although Utah has halted the extension of state benefits to same-sex couples married before the Supreme Court interjected, the federal government has extended those benefits. Attorney General Eric Holder has said that same-sex couples married in Utah “will be recognized as lawful and considered eligible for all relevant federal benefits on the same terms as other same-sex marriages.”

The case is separate from the case challenging Utah’s same-sex marriage ban. Arguments in the appeal of the original same-sex marriage case were heard by the 10th Circuit Court of Appeals in Denver last month.