By John Riley on August 1, 2014 @JohnAndresRiley 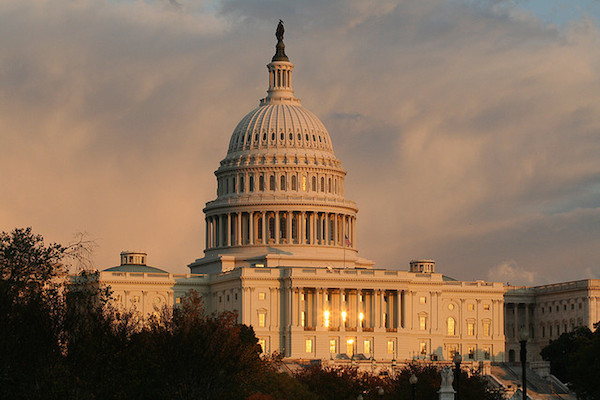 The Congressional LGBT Equality Caucus has committed to drafting a statement to President Barack Obama on the needs of undocumented LGBT people, following a Wednesday sit-in by LGBT and immigration activists at the office of the caucus.

The participants in the sit-in included several transgender undocumented Latinas, queer undocumented men and two mothers with children from the groups Southerners On New Ground (SONG) and Familia: Trans Queer Liberation Movement (TQLM). Both SONG and TQLM had partnered with several other organizations, including the Transgender Law Center, the National Center for Lesbian Rights (NCLR) and Get Equal, which had previously issued a letter to the caucus on Wednesday asking its members to place pressure on Obama to include LGBTQ people in an executive order that Obama is expected to issue in the future.

“Every day undocumented LGBTQ people are at high risk of deportation, and when detained, are often placed in solitary confinement just for being trans or LGB,” Paulina Helm-Hernandez of SONG said in a statement prior to the sit-in. “We cannot wait to see if President Obama does right by us now, we must implore and pressure him in the best ways we can.”

While the LGBT movement has supported comprehensive immigration reform, there has not been as much focus placed on the expansion of deferred action for all undocumented immigrants, an end to programs that involve collaboration between U.S. Immigration and Customs Enforcement (ICE) and law enforcement, the placement of LGBT detainees in solitary confinement and the need for protections for LGBT, HIV-positive, or pregnant detainees, all of which were addressed in the letter to the caucus.

“Today, we staged a civil disobedience at the office of the Equality Caucus to demand that LGBTQ undocumented people are included in the administrative relief the White House is expected to release at the end of the summer,” Jerssay Arrendond of the Arizona chapter of The Queer Network said in a statement following the sit-in.

“Today we asked our representatives to truly represent us and advocate for the needs and interests of our people,” said Emily Chavez of SONG. “We demanded the Equality Caucus listen to the voices of queer and trans undocumented people, those most affected by Obama’s immigration policies. We are pleased that our demands were heard and that a statement inclusive of these is set to be issued on Friday.”

Over 50 other LGBTQ organizations have been mobilizing our groups this year for LGBTQ specific immigration policy needs. As the groups listed below we know that the White House is in motion to act on immigration and we are calling on the Equality Caucus to use its influence to advocate for the needs of LGBTQ immigrants. LGBTQ immigrants will be deeply affected by whatever President Obama decides. We are proud that our country has a congressional Equality Caucus and as LGBTQ people we understand its role is to represent our whole community. Ending deportations and other key issues outlined below are of equal importance to the LGBTQ community as issues such as employment and marriage.

We know President Obama has the legal authority to deliver Administrative Relief on immigration and to change current enforcement policies and practices by the Department of Homeland Security (DHS) and Immigration and Customs Enforcement. The President can support the safety and equal treatment under the law for ALL our LGBTQ communities by expanding Deferred Action and other relief from deportation, ending the torture of solitary confinement (including against transgender and gender nonconforming immigrants), curtailing the caging of our communities through immigration detention, and stopping the use of ICE holds which encourage local police to even further target LGBTQ people of color for arrest and deportation.

As organizations who are made up of, and represent, immigrant LGBTQ people we understand that the best advocates on these issues are the people most directly affected by these policies and practices. We urge and call on you, and other Co-Chairs and members of the Congressional LGBT Equality Caucus, to advocate for our communities’ by issuing a statement calling on President Obama to include these LGBTQ specific recommendations in regard to immigration:

•Expand Deferred Action (DACA) to the fullest extent of the law
According to the Williams Institute, there are more than 267,000 undocumented LGBTQ people living in the US. They all need relief regardless of age, criminal record, race, country of origin or parental status.

•Eliminate the use of Solitary Confinement
Solitary Confinement is regularly used to supposedly “protect” Trans and LGB people while in detention. If ICE cannot guarantee LGBTQ people’s safety, they should not be detaining them. A practice that the UN classifies as torture is not acceptable for housing LGBTQ immigrants.

Given the timing of the White House’s motion on this issue, we are asking for a response to this letter by Tuesday, July 29, 2014. Thank you for your consideration.

•Latinos in the Deep South