Saturday Night Special: Deadmen and Vandaveer at the 9:30 Club

By Randy Shulman on August 7, 2014 @RandyShulman 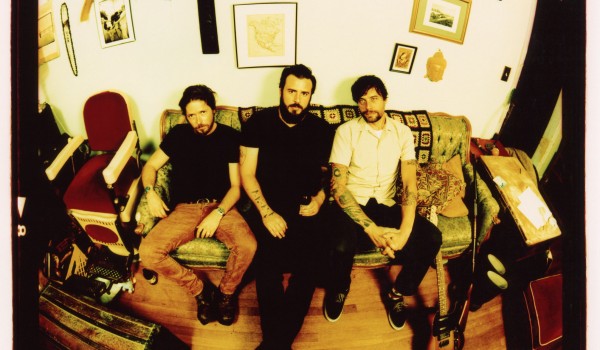 The 9:30 Club presents a special Saturday night concert that should make you swell with a sense of hometown pride, featuring The Deadmen and Vandaveer, two D.C.-based folk acts gaining increasing national and international attention, plus an opening set from Tomas Pagan Motta. The folk-rock collective The Deadmen perform select dates in both the U.S. and the U.K. this summer in advance of a forthcoming debut album, which will showcase the group’s signature sound: the shared vocals by Josh Read, Justin Jones and Justin Hoben. Meanwhile, Vandaveer is the Kentucky-steeped but D.C.-based alt-folk collective with a growing following in France, of all places. Led by Charles Heidinger with regular assist from the sweetly harmonizing vocalist Rose Guerin, Vandaveer’s lyrical and cinematic sound is on full display on the collective’s set Dig Down Deep, released earlier this year in the U.S. — and France. Saturday, Aug. 9. Doors at 8 p.m. Nightclub 9:30, 815 V St. NW. Tickets are $20. Call 202-265-0930 or visit 930.com, thedeadmendc.com or vandeveer.net.