By Justin Snow on September 4, 2014 @JustinCSnow 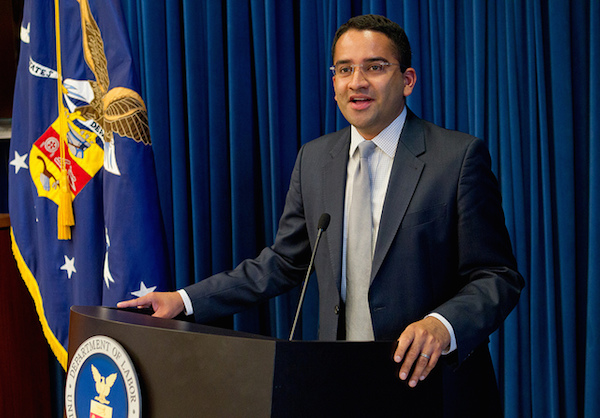 Gautam Raghavan, the White House’s LGBT liaison, will leave the Obama administration after more than five years to join the Gill Foundation as vice president of policy.

Raghavan, who is gay, departs the White House after three years. Previously, he served as Deputy White House Liaison for the Department of Defense and as the Outreach Lead for the Pentagon’s “Don’t Ask, Don’t Tell” Working Group.

“As I make this transition, I find myself more hopeful than ever that big change (yes, the kind we can believe in!) is possible – because I’ve seen it happen,” Raghavan wrote in an email. “This kind of change can sometimes be slow, challenging, and frustrating. But when fierce advocates, unyielding activists, dedicated public servants, and strong allies work together, we can – and will – bend the arc of the moral universe towards justice.”

Raghavan’s last day at the White House is Friday. He will join the Gill Foundation on Monday. “I’m looking forward to joining a creative and innovative team dedicated to advancing equality for the LGBT community, nationally and in the states,” he said.

White House spokesperson Shin Inouye provided no timetable for naming Raghavan’s replacement. In the meantime, Monique Dorsainvil will serve in Raghavan’s place. Dorsainvil serves as the Director of Planning and Events for the Office of Public Engagement and the Office of Intergovernmental Affairs. Previously, she served as a staff assistant in the Office of Public Engagement working on the White House Council on Women and Girls and Lesbian, Gay, Bisexual, and Transgender Outreach.

“We deeply appreciate Gautam’s work with the AAPI and LGBT communities on behalf of the White House Office of Public Engagement and wish him all the best in his next steps,” Inouye told Metro Weekly.

Raghavan’s departure comes after LGBT-rights advocates secured one of their final requests from President Barack Obama earlier this summer. On July 21, Obama signed an executive order prohibiting federal contractors from LGBT workplace discrimination and protecting transgender federal employees from discrimination, marking the end of a long campaign by LGBT-rights advocates to convince Obama to take such executive actions.