Amazon delivers one of the best new series in recent memory 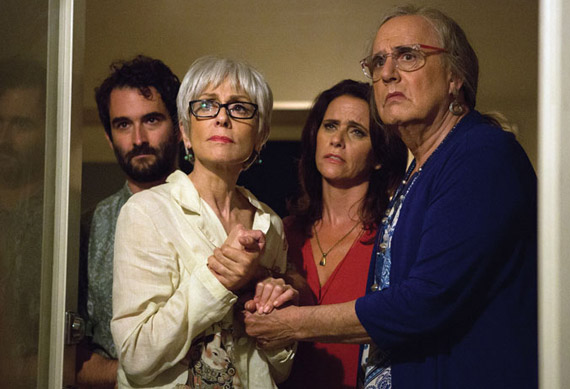 In a world where the term “television” is becoming less attached to the black rectangle in your living room, it seems particularly prudent that Transparent — created and written by Six Feet Under alum Jill Soloway — should arrive on one of TV’s newest frontiers. Amazon, the online shopping behemoth, is following in the Emmy-winning footsteps of Netflix and putting serious effort into producing its own streamable content, and in Transparent, it has found the perfect reason to coax users into buying into their Amazon Prime video service.

Transparent fits well with Amazon for several reasons. For starters, it’s one of the most important television shows to come along in quite some time, which makes it the perfect advertisement for Amazon’s commitment to quality. In addition, it’s a series that gels with the binge-watching culture attached to streaming services. Transparent feels as though it needs this binge-watch attitude. It’s a slow-burner, and not the kind of show you could easily drop into halfway through a season and appreciate all that it has to offer. It certainly wouldn’t get made for network television — at least not without being diluted to the point of being irrelevant — and on cable the weekly format wouldn’t suit the way this show should be enjoyed.

Centered on Maura Pfefferman, portrayed with beguiling honesty by Jeffrey Tambor, Transparent follows the retired divorcee as she makes the decision leave her life as Mort behind, come out to her family and friends, and start living openly as a woman. That alone is an astonishing achievement for television, as rarely do we see transgender characters on our screens, and even less so do we get to watch their transition. Of course, it’d be easy to get lost in the politics and debate that surround the show — why is a cisgendered male playing the lead character and why aren’t there any transgender writers, for example — but to reduce Transparent to such petty squabbling is to diminish what Tambor and Soloway have crafted with Maura. Tambor’s transition over the 10-episode arc of the first season, from nervously attending LGBT meetings and hiding Maura’s true self from everyone in her life, to becoming an open, confident, self-assured woman, is enrapturing. He eschews the brilliant ludicrousness of his performance in Arrested Development and instead brings a grounded, resilient emotion to the role.

Any fears that a straight man couldn’t deliver in this role are wiped away when you start watching. When Maura has a frustrated breakdown in an early episode, venting her frustration at her children, her transition and her current circumstances by screaming at the party occurring in the next apartment, Tambor balances with a deft hand the feminine restraint Maura initially feels she should show against her masculine yelling and pounding on the wall as frustration takes over. When Maura finally collapses into a chair, drained, having accomplished nothing and staring into empty space, we can’t help but feel for her. Tambor’s performance is everything. Maura’s frustration has a lot to do with the supporting characters in her life. As she opines in the season’s pilot episode, “How did I raise three such selfish kids?” That, it transpires, is an understatement. 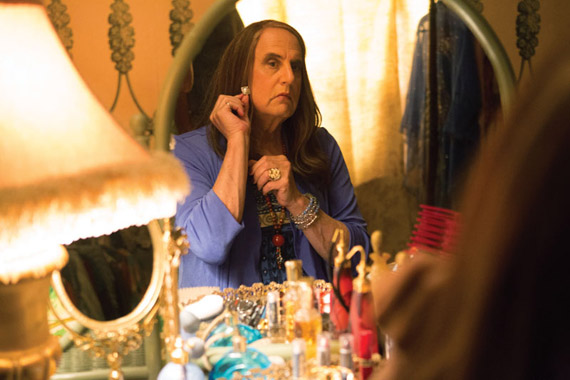 Eldest daughter Sarah (Amy Landecker) is a housewife with children who reconnects with a former lesbian lover. Her series arc follows her giving in to her bisexuality and re-establishing her sexual relationship with Tammy (Melora Hardin) at the expense of those around her. Landecker’s is another standout performance, as she balances on the knife edge of Sarah’s emotions in each episode, seemingly never far from crying or laughing. Son Josh (Jay Duplass) is a music executive and self-centered love addict, who sleeps with countless women while desperately looking for some kind of connection with each of them. His main concern throughout the series is himself: when Maura moves out of her house, for example, Josh wants to sell it and profit from the sale — there’s no thought given to what her life will be like, nevermind that Maura wants to give the house to Sarah. Youngest daughter Ali (Gaby Hoffmann), is perhaps the worst of the three. She is a complete failure, a grown adult relying on checks from Maura to sustain her life of drugs and sex and attending college degrees which lead nowhere.

All three are selfish. In the pilot episode, when Maura invites them over for dinner, intending to come out to them, they instead start debating as to whether or not their father has cancer. That debate spills over into dinner and, before long, all three are arguing about what to do with the house and Maura and numerous other details, which detracts from the reason they were invited. They’re frustrating characters, with so many foibles and flaws that they should be utterly insufferable — but they’re not. They’re deeply flawed, but also deeply human.

Judith Light, as their stereotypically Jewish mother, Shelly, rounds out the family unit. It’s easy to see where her children get their self-absorbed nature — Shelly remarried after she and Mort divorced, and her husband Ed (Lawrence Pressman) now suffers from the effects of a stroke. Whenever her children visit, she seems to care little about Ed’s health, instead demanding information about their relationships and caring more about keeping up appearances at church. As always, though, there is more beneath the surface — towards the end of the season, Shelly finally breaks down and tears into her selfish children, decrying them for never visiting and leaving her to sit in silence all day with a husband who can’t sustain a conversation. She focuses on life outside the house because she has no life inside it, and her children are too self-absorbed to notice.

That’s Transparent‘s strength, giving us flawed humans and then peeling back their layers until we can’t help but feel for them. It helps that the show is a quality production, from the dreamy direction and cinematography, to the wonderful writing that adeptly drifts between drama and humor. Even flashback scenes, which can easily become cheesy, are used to great effect here — shoutout to West Wing‘s Bradley Whitford for playing Mort’s crossdressing friend in these flashbacks. It’s one of numerous guest spots, including Carrie Brownstein as Ali’s best friend, Alexandra Billings as Maura’s transgender neighbor and friend, and Rob Huebel as Sarah’s husband Len, that help round out the show – though the high quality of each individual performance is also a factor here.

Transparent is a show that undeniably matters. I was initially unsure, leading into the second episode, as to whether or not I would like the series. By the third episode, I was warming to the frustrating, complex characters that surround Maura. Before long, I realized I was binging on the entire season — and that’s where Amazon’s streaming delivery comes into its own.

Transparent is a world that works at its best when you’re immersed in it. The humanity, the emotion, the desire to scream at some of the characters for their selfish actions, the dark moments of comedy and the poignancy of the show’s refreshingly sparse high-drama moments — all are heightened when the episodes are enjoyed back-to-back. That’s not to say that Transparent wouldn’t work on “normal” television, but streaming certainly helps you to fall in love with its world. It’s a shame it lasts for just ten episodes.

Mercifully, however, Amazon has already renewed it for a second season, airing sometime in 2015. That in itself is momentous.

Rhuaridh Marr is Metro Weekly's online editor. He can be reached at rmarr@metroweekly.com.
← Previous Story Nick Jonas may play gay on DirecTV’s “Kingdom”
Next Story → “RuPaul’s Drag Race” cast to be revealed next month