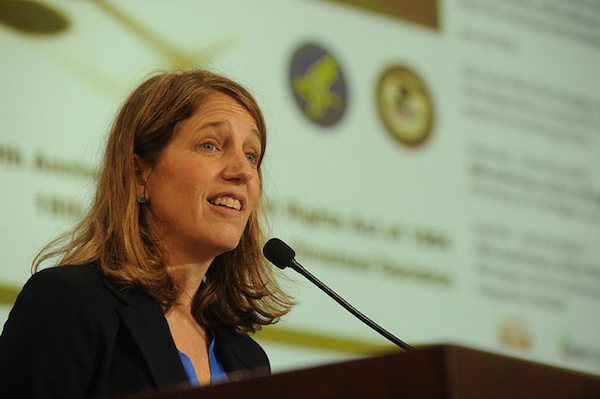 The Obama administration is facing increased pressure from lawmakers on Capitol Hill to end the ban on blood donations from men who have sex with men with a policy based on individual risk factors.

In a letter sent to Health and Human Service Secretary Sylvia Burwell, 80 members of the Senate and House of Representatives expressed “deep concerns” regarding a recommendation made by an HHS committee last month to replace the lifetime ban on blood donations from gay men with a one-year deferral period after a sexual encounter. Although the lawmakers write that such a recommendation is a step forward relative to current policies, it is still outdated and discriminatory.

“If we are serious about protecting and enhancing our nation’s blood supply, we must embrace science and reject outdated stereotypes,” the letter states. “As such, we urge you to implement a risk-based blood donation policy for MSM, rather than simply another arbitrary time-based deferral.”

A one-year deferral policy, the letter states, is much like a lifetime ban in that it is a “categorical exclusion based solely on the sex of an individual’s sexual partner — not his actual risk of carrying a transfusion-transmittable infection.” The bicameral group of lawmakers argue that such a deferral policy would, in practice, leave a lifetime ban in place for the vast majority of men who have sex with men.

“Both policies are discriminatory, and both approaches are unacceptable,” they write.

Food and Drug Administration policy prohibits men who have sex with men from donating blood for life and defers tissue donations for five years. Organ donations from gay and bisexual men are flagged as being high-risk, despite requirements under federal law that those organs be tested for HIV infection. The regulations have carried over since the 1980s and the height of the AIDS epidemic. Although an FDA panel was convened earlier this month to consider recommending an end to the ban, the panel never voted on the proposal.

Monday’s letter was led by Sens. Tammy Baldwin (D-Wis.), Elizabeth Warren (D-Mass.) and Tom Harkin (D-Iowa) and Reps. Mike Quigley (D-Ill.) and Barbara Lee (D-Calif.). In September, many of the same lawmakers urged HHS to issue a formal update on a review of policies regarding blood, tissue and organ donations from gay and bisexual men.

“Science has shown us that our current policy is not justified,” the legislators conclude. “So we know there is a better path — a path that will make for a safer and more robust blood supply for everyone, while also respecting the contributions of all Americans. It is up to us to take it.”