By John Riley on January 26, 2015 @JohnAndresRiley 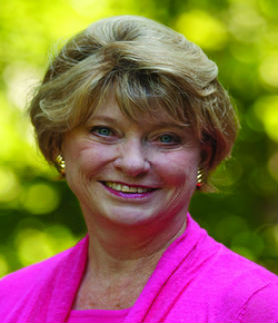 A Virginia Senate committee voted 8-7 on Friday, Jan. 23, to reject a bill that would have allowed adults other than a person’s legally recognized spouse to adopt the children they are raising jointly, striking yet another blow to hopes of progress on LGBT rights in the commonwealth.

The Senate Committee on Rehabilitation and Social Services split along party lines when considering SB679, a bill patroned by Sen. Janet Howell (D-Reston, Tysons Corner, Arlington). While same-sex couples are legally allowed to marry in the commonwealth and adopt children jointly, there are still a few LGBT families to whom the bill would apply, such as those who had children via surrogacy prior to the advent of marriage equality, or where one parent does not have a biological tie to the child in question.

Equality Virginia, the commonwealth’s top LGBT rights organization, which had testified in support of the bill, issued a statement registering their displeasure with the committee’s actions. Both prior to and following marriage equality in Virginia, the organization had run a series of blog posts chronicling the lives of same-sex couples raising children together to whom the bill would have applied. One lesbian couple even drove to Washington, D.C. to give birth to twin girls in order to be officially recognized as the children’s parents by the District of Columbia and have their names listed on the birth certificate, something they would be unable to do in Virginia.

The defeat of Howell’s bill marks the fourth such LGBT-related measure to be killed in the Senate, which, although controlled by Republicans by a 21-19 margin, is still thought to be less hostile than the House of Delegates, where Republicans enjoy a 67-32-1 edge in party affiliation.

“A bill to allow second-parent adoption would have done one thing, and one thing only — protect Virginia’s children,” said Equality Virginia Executive Director James Parrish. “It is extremely discouraging that our lawmakers cannot come together in support of a commonsense bill that would ensure all children have legal access to the parents who are raising them. When it is deemed to be in the best interest of the child, and there are two willing and capable adults who are trying to ensure that their children are given all of the opportunities, protection and support that having two parents can offer, there is absolutely no reason that the law should stand in the way.”

John Riley is the local news reporter for Metro Weekly. He can be reached at jriley@metroweekly.com
← Previous Story BHT Grant Money Boosts Nonprofits
Next Story → Jacobson Elected State Board of Education President