By Justin Snow on February 2, 2015 @JustinCSnow 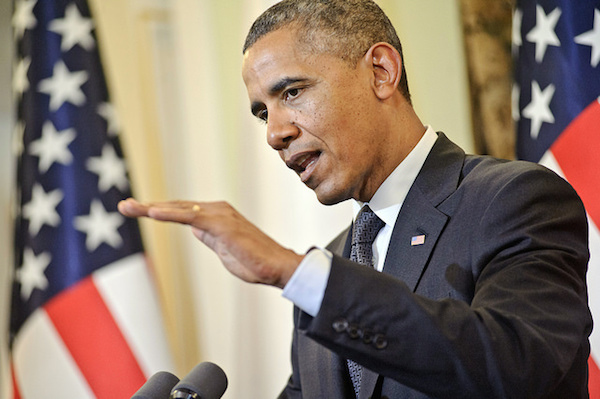 “Currently, if a legally married same-sex couple lives in a State that does not recognize the marriage, these Social Security benefits are unavailable under Federal law,” the proposal states. “This means that for a couple that marries in one State where same-sex marriage is recognized and then moves to another State where it is not, the protection that Social Security spousal benefits provides to families is unavailable. Under this proposal, such married couples would have access to these benefits.”

While numerous agencies and departments across the federal government have moved to broadly implement the Supreme Court’s Windsor decision, striking down the Defense of Marriage Act’s definition of marriage as between a man and a woman, the Social Security Administration has been limited in its implementation. Due to the Obama administration’s legal interpretation of the “place of domicile” rule, the Social Security Administration and the Department of Veterans Affairs have been prohibited from adopting a place of celebration rule for certain programs and must instead confer benefits based on the laws of the state where a married same-sex couple lives.

With same-sex marriage now legal in all but 14 states, the Obama administration is seeking to fix that issue. The fix proposed by Obama is similar to legislation introduced in Congress. This past May, Sens. Patty Murray (D-Wash.) and Mark Udall (D-Colo.), who lost his bid for reelection, introduced the Social Security and Marriage Equality (SAME) Act to amend federal code so as to ensure recognition of all lawfully married same-sex couples, even if they live in a state that does not recognize same-sex marriage.

Although Murray praised the fix proposed in Obama’s budget, she told Metro Weekly she still plans to reintroduce the SAME Act in this congress.

“All legally married same-sex couples deserve equal treatment under the law, regardless of their zip code,” Murray said in a statement. “I introduced the Social Security and Marriage Equality Act to ensure all couples have access to Social Security survivor benefits they’ve earned, and I’m pleased the President reflected this priority in his budget proposal. There is still work to be done to ensure that equality does not end at state lines, so I look forward to reintroducing the SAME Act in the 114th Congress.”

Obama’s proposed $4 trillion budget, and the fix to the Social Security Act, must still clear Republican majorities in both houses of Congress to become law. Later this year, the U.S. Supreme Court is also expected to rule on whether the U.S. Constitution prohibits states from banning same-sex marriage.