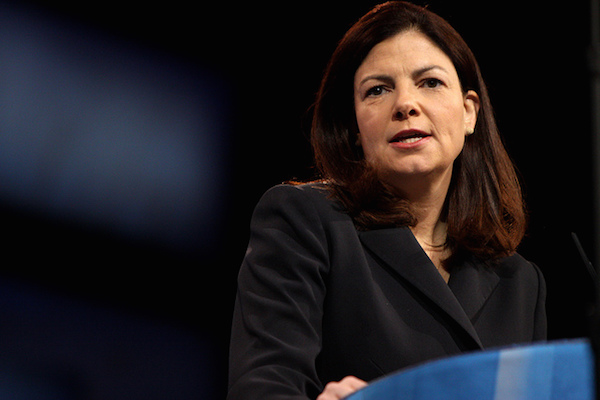 Eleven Senate Republicans joined Democrats in approving an amendment that would extend Social Security and veterans benefits to all legally married same-sex couples.

The 57-43 vote came during a marathon session Thursday night as the Senate considered a litany of amendments to the budget plan for the federal government.

The amendment, proposed by Democratic Sens. Brian Schatz (Hawaii), Patty Murray (Wash.) and Jeanne Shaheen (N.H.), requires the Social Security Administration and Department of Veterans Affairs to extend benefits to legally married same-sex couples that do not live in states that recognize their marriages.

While numerous agencies and departments across the federal government have moved to broadly implement the Supreme Court’s Windsor decision, striking down the Defense of Marriage Act’s definition of marriage as between a man and a woman, the Social Security Administration has been limited in its implementation. Due to the Obama administration’s legal interpretation of the “place of domicile” rule, the Social Security Administration and the Department of Veterans Affairs have been prohibited from adopting a place of celebration rule for certain programs and must instead confer benefits based on the laws of the state where a married same-sex couple lives.

Although amendment to the budget plan is not guaranteed to become law, 11 Senate Republicans going on the record in supporting equal benefits signals the changes taking place within the GOP as marriage equality has spread to a majority of states and public opinion continues to shift in support of LGBT rights, all while the U.S. Supreme Court set to rule on the constitutionality of state bans on same-sex marriage later this year.

“Tonight, eleven Republicans joined Democrats in recognizing that gay couples deserve equal treatment, regardless of where they live,” Schatz said in a statement. “We still have work to do to, but this is progress and a win for equal rights.”

“No one who has served in uniform or their family should be denied veterans benefits they’ve earned because of whom they love or where they live,” Shaheen said in a statement. “The Senate’s support for ending this discriminatory policy is an encouraging step toward righting this wrong.”

According to Murray, the approval of the amendment with the support of 11 Republicans “showed that a bipartisan majority of Senators agree that equality under our federal laws should not end at state lines.”