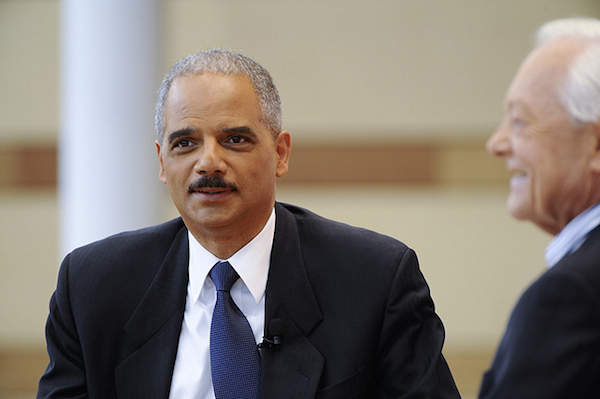 The Obama administration urged the U.S. Supreme Court to rule in favor of marriage equality nationwide in a brief filed with the court Friday.

“The marriage bans challenged in these cases impermissibly exclude lesbian and gay couples from the rights, responsibilities, and status of civil marriage,” the “friend of the court” brief filed by the Justice Department states. “These facially discriminatory laws impose concrete harms on same-sex couples and send the inescapable message that same-sex couples and their children are second-class families, unworthy of the recognition and benefits that opposite-sex couples take for granted. The bans cannot be reconciled with the fundamental constitutional guarantee of ‘equal protection of the laws.’”

The brief is one of dozens filed with the high court calling for a ruling in favor of marriage equality later this year. Also on Friday, more than 300 conservatives and 211 Democratic members of Congress urged the court to strike down state bans on same-sex marriage in separate briefs filed with the court.

According to the brief, state bans on same-sex marriage “impose a more direct stigma that is all the more painful because its source is the home State and not the federal government; they exclude lesbian and gay couples from the institution of civil marriage; and they deprive the children of those couples of equal recognition of their family structure. There is no adequate justification for such a discriminatory and injurious exercise of state power.”