By John Riley on March 5, 2015 @JohnAndresRiley 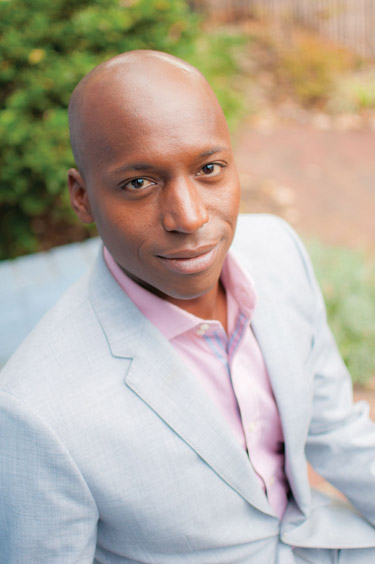 Supporting and Mentoring Youth Advocates and Leaders (SMYAL) announced March 5 that it is launching a scholarship program aimed at providing financial assistance to LGBT youth who are pursuing higher education.

The Youth Leadership Award scholarship program will provide selected students, who successfully complete high school and enroll in college, cash awards of up to $2,000 that can be used to defray the costs associated with pursuing higher education. The initial funding for the first three years of awards was donated by Neil Starkey, a retired engineer who used to work for IBM.

In a statement, Starkey said he donated the funding for the awards to “encourage and embolden that young person who, as a result of coming out, may have had to deal with adversity or struggled with their identity, family life or academics but has emerged as a leader and role model to their peers.” He particularly stressed the importance of taking into account a person’s life experiences and successes in the face of adversity, which is as important as doing well academically or excelling in extracurricular activities.

“The SMYAL Youth Leadership Award scholarships are a major new initiative for SMYAL to help launch the next generation of leaders,” said Sultan Shakir, SMYAL’s executive director. “We are seeing an ever-expanding number of LGBT youth with the self-confidence and ability to lead across a wide range of school, civic and religious organizations. With these awards, we can recognize their accomplishments and provide them a boost toward their future as leaders in a more open and equal society.”

Applications for students who wish to be eligible for the scholarship are due by April 15. The winners announced in May. The size of the prize and number of awards will be determined by the student’s ability to demonstrate leadership in school or in their community, but Shakir expects to award anywhere from two to three individuals.

SMYAL will also partner with Team DC, the umbrella sports organization that annually honors three out LGBT student-athletes with its own scholarship. The partnership is aimed at increasing visibility for the scholarships among LGBT youth in the D.C. area.

Brent Minor, the executive director of Team DC, also issued his own statement touting the partnership between the two organizations: “With the addition of this scholarship, LGBT youth now have more support and opportunity to reach their goals. Team DC and SMYAL want to ensure that our youth know there is a network of support available to help them reach their goals.”

John Riley is the local news reporter for Metro Weekly. He can be reached at jriley@metroweekly.com
← Previous Story Tidying up Maryland’s equality statutes
Next Story → Herring files amicus brief in favor of marriage equality