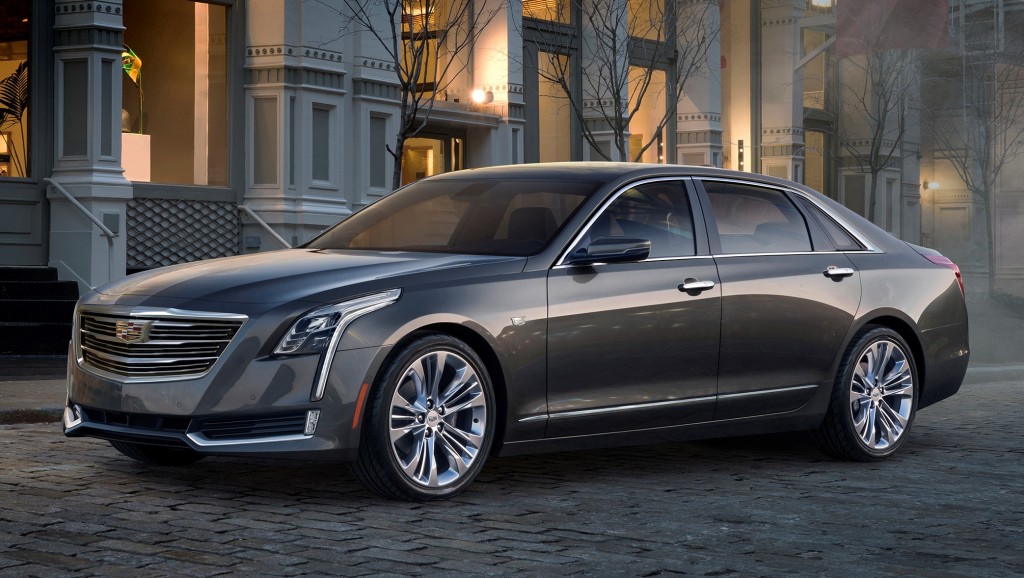 Cadillac has been teasing the reveal of its latest model, the 2016 CT6, for a while, and finally — at the New York Auto Show — we have a finished product to ogle. And ogle indeed, as Caddy has produced one handsome sedan.

The company’s new flagship supplanting, but not replacing, the XTS, the CT6 is Cadillac’s modern interpretation of a full-size luxury sedan. “The CT6 is nothing less than an entirely new approach to premium luxury – and an approach only Cadillac can offer,” said Johan de Nysschen, president of Cadillac — and he’s somewhat on point. (View the full gallery below.)

Whereas the Germans have mastered attractive conservatism as a design language and Asian marques either go to extremes (Lexus and its hideous grille design) or for Germanic themes (Hyundai’s surprisingly excellent Equus), Cadillac has of late been forging something else: American modernism. Its range consists of sharply creased, bold-fronted models, with a familial DNA running through each. They’re almost brash, but in that oh-so American, endearing sort of way.

The CT6 is the next iteration of Cadillac’s design language. There’s a dominating chrome grille, with Caddy’s logo front-and-center. LED lights drop down from headlights to fog lights. There’s a strong shoulder crease which follows into a pert, angled rear. It’s unmistakably Cadillac, but it’s also something else: luxurious.

GM needs to push Cadillac upmarket to compete with the Audis, BMWs and Mercedes-Benzs which dominate the driveways of luxury buyers. With the CT6, they’re making a bold effort to really stand toe-to-toe with the Germans. 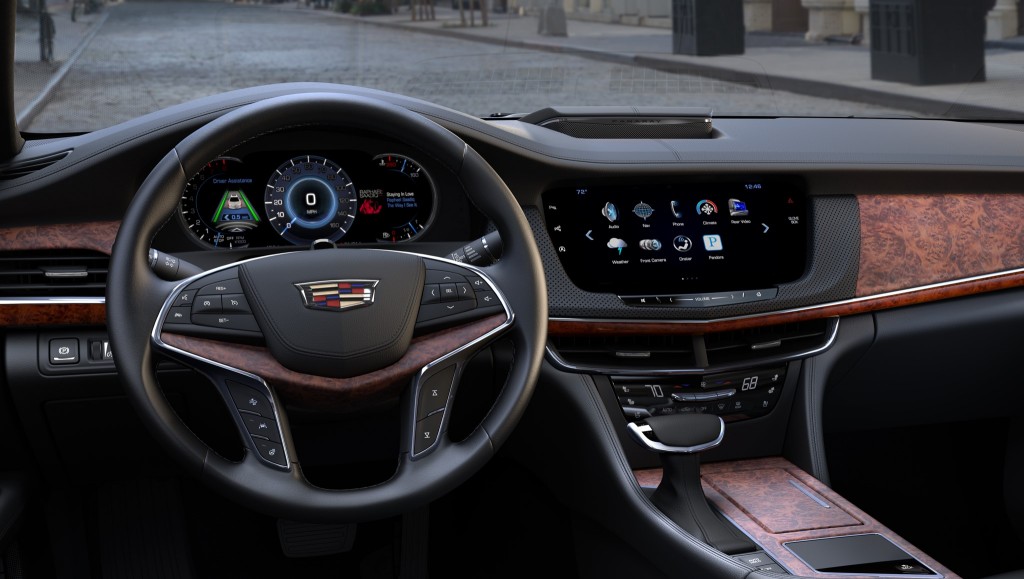 Under the long hood, power will come from three engines:

All are connected to eight-speed transmission, while all-wheel drive is standard on V6 models. Regardless of which engine you choose, the CT6 should be fast — it weights a modest 3,700 pounds, thanks to an aluminum architecture which should also make it better around corners. Aiding handling prowess are a suite of technology features, including an Active Chassis System which combines Magnetic Ride Control with rear-wheel steering — which effectively means, when combined with all-wheel drive, that every wheel is both driving and steering the CT6.

It’s inside where the CT6 will appeal most to luxury buyers, however. Seats are wrapped in premium leather and feature massaging and cooling functions, while rear passengers can recline for better comfort. Add in an optional package and they’ll be able to adjust position and lumbar support, as well as enjoy media controls for the 10-inch screens which retract into the backs of the front seats.

Up front, there’s an array of tech on offer, including a 360-degree camera view around the car, including a recording option to capture footage if the CT6’s security mode is activated. There’s a night vision mode in the center stack to highlight animals and pedestrians in the dark, a rearview mirror which can display a live video feed from the rear of the vehicle, advanced parking assist, and even wireless phone charging and an on-board WiFi hotspot.

Everything is displayed on a 10.2-inch HD touchscreen, which can also be controlled via a touchpad in front of the center armrest. Surrounding the screen is a mixture of leather, wood and carbon fiber to further bolster the CT6’s luxury credentials. You’ll be able to enjoy every note from the 34-speaker Bose sound system, too, as Caddy promise refinement equivalent to a bank vault — though it should be easier to get in and out of your CT6.

All told, it’s an impressive vehicle. It’s far from perfect — the rear three-quarter view, for instance, is a little awkward — but if Cadillac can get the build quality right when it starts constructing the CT6 at the end of this year, it could have a serious, all-American contender in the full-size luxury market.