After a long and storied career, Christopher Durang finally got his just reward 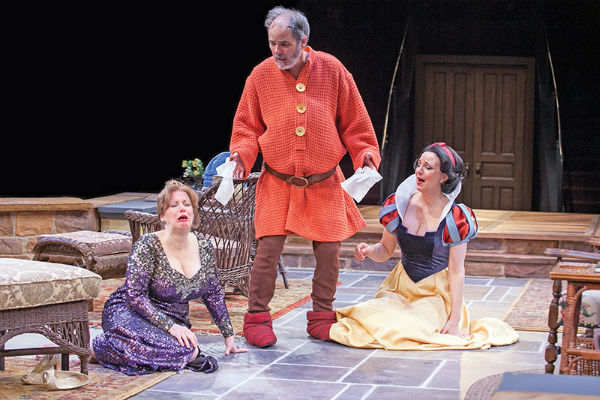 Vanya and Sonia and Masha and Spike

“To win a Tony you have to be on Broadway,” explains Durang, who prior to winning Best Play for Vanya and Sonia and Masha and Spike, only had two other plays make the move to the Great White Way: The History of the American Film, in 1978, and Beyond Therapy, in 1982. “I sort of let go of thinking that will I ever win a Tony about 12 years ago.

“When [Vanya] moved to Broadway I was delighted,” he continues. “I thought, ‘I feel lucky a really wonderful play about death isn’t nominated.’ Usually the really serious plays win over a comic one. But there wasn’t a play about death that year.”

It was a long-overdue win — and a well-deserved one. Vanya and Sonia and Masha and Spike, currently at Arena Stage, finds the playwright — whose canon includes Sister Mary Ignatius Explains it All For You and Laughing Wild — in peak form. Set in Buck’s County, Pa., Vanya tells the story of three siblings who each harbor a simmering resentment for the way their lives have unfolded. When their anger detonates, particularly in the case of gay brother Vanya, the results are hilariously explosive. Only a truly gifted playwright can incorporate deep poignancy and fully-realized emotional connections into a comic froth.

Despite the obvious nod to Chekhov, Durang is quick to point out that “you don’t have to know Chekhov to enjoy it,” stressing that it’s not a parody of the classical Russian playwright. “I don’t really view my play as a version of Chekhov,” he says. “Chekhov was more the jumping off point.”

Although himself gay, the 66-year-old has never been branded a gay playwright in the same manner as Tony Kushner or Terrence McNally, many of whose plays deals explicitly with gay issues. There is a gay sensibility to Durang’s work, but it’s often muted; you have to scratch beneath the surface to unearth it.

“When A History of the American Film was done in 1978, someone asked me if I thought I had a gay sense of humor,” he recalls. “I resisted that at the time, partially because I didn’t want to be looked at as someone who always wrote about gay things. Then, when Sister Mary was a success, I wondered if people thought I was always going to write about Catholicism and religion.”

Randy Shulman is Metro Weekly's Publisher and Editor-in-Chief. He can be reached at rshulman@metroweekly.com.
← Previous Story Dame Edna: The Fondest of Farewells
Next Story → Review: Murder Ballad at Studio Theatre