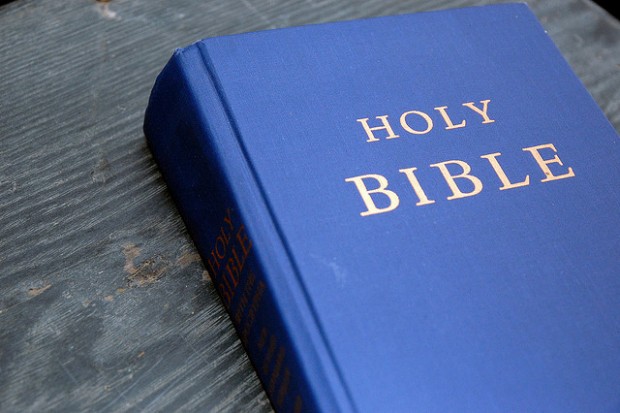 On Monday, Reverend Matthew Makela resigned from his position at St. John’s Lutheran Church in Midland, Mi., after Queerty posted screenshots of a conversation on Grindr that included Makela’s picture.

Makela, apparently a top who “[loves] to cuddle,” confirmed that it was him on the popular gay dating app, where he was hoping to “mess around with a bicurious guy.” The Midland Pastor was known for being vocal about his anti-gay position on social media, in the pulpit, and — as it transpires — in his one-on-one counseling sessions.

“If he was going to go to hell for being gay then he might as well go to hell by committing suicide.”

Michigan’s WNEM reports that Jennifer Kish, a former member of St. John’s Church, has come forward saying that Makela told her 17-year-old son Tyler that he was going to hell for being gay. Tyler Kish initially approached Makela to come out of the closet. It was then that Makela told Tyler: “If he was going to go to hell for being gay then he might as well go to hell by committing suicide.”

“When you’re told this thing that’s a part of you is going to send you to hell,” said Tyler, “it’s a scary thing, you don’t take it lightly.” Makela’s comments affected Kish so much so that he thought about taking his own life. His mother, enraged, confronted Makela about his views and the impact it had on her son. But Makela expressed no empathy. “For him it was right or wrong,” she said. “He didn’t care.”

“Deep down, I think I knew what he was saying was wrong,” Tyler goes on to say. “But it’s hard when you’re a kid and you’re hearing something like that from an adult.”

However, the teen isn’t angry at Makela. In fact, he pities Makela. “Honestly, I feel very bad for him,” he says. “Everything he told me, in a way, he was kind of telling himself too.”

Makela has yet to respond for comment. St. John’s Lutheran Church has released a statement asking parishioners to ignore Makela’s story, saying “that this was never about the nature of the sin,” and “We all face temptation.”