Ian Reisner just can’t extricate himself from the web of lies he spun in the wake of the Ted Cruz scandal.

After hosting the anti-gay Republican presidential candidate for a “fireside chat” in April, Reisner and business partner Mati Weiderpass (both gay) faced a huge backlash from the LGBT community. Though initially apologizing for hosting Cruz, Reisner has since repeatedly clashed with his detractors in statements made to the press, including calling gays “cheap” and “entitled.”

Reisner attempted to diffuse the controversy by claiming he wasn’t hosting Cruz (he was), that it was organized by others (it wasn’t), that he had no idea about Cruz’s anti-gay history (implausible), and finally by saying that he regretted the incident entirely. Still, though, Reisner continues to dig an ever-deeper hole for himself.

It transpires that not only did Reisner host Cruz in his Manhattan apartment, he also made the maximum possible donation to his campaign. Reisner cut Cruz a check for $2,700, despite telling New York magazine earlier this month: “There were no checks given, it was nothing like that.”

The New York Times, which initially broke the story of Reisner’s meeting with Cruz, has learned that after Reisner was aware that the LGBT community wasn’t happy with his hosting Cruz, he asked for his check back.

“In the interest of transparency, I gave Senator Cruz a $2,700 cheque to show my support for his work on behalf of Israel,” Reisner said in a statement to The Times. “When I realised his donation could be misconstrued as supporting his anti-gay marriage agenda, I asked for the money back. Senator Cruz’s office gave the money back, and I have no intention of giving any money to any politicians who aren’t in support of LGBT issues.”

What further complicates matters for Reisner, who hosted a fundraiser for another anti-gay politician earlier that month, is that Weiderpass apparently did not donate to Cruz’s campaign.

For Ian Reisner, it seems no amount of PR and damage control can solve the problems caused by his support for Senator Cruz.

The suspect in the Staten Island stabbing has been arrested, while police are still searching for the subway attacker. 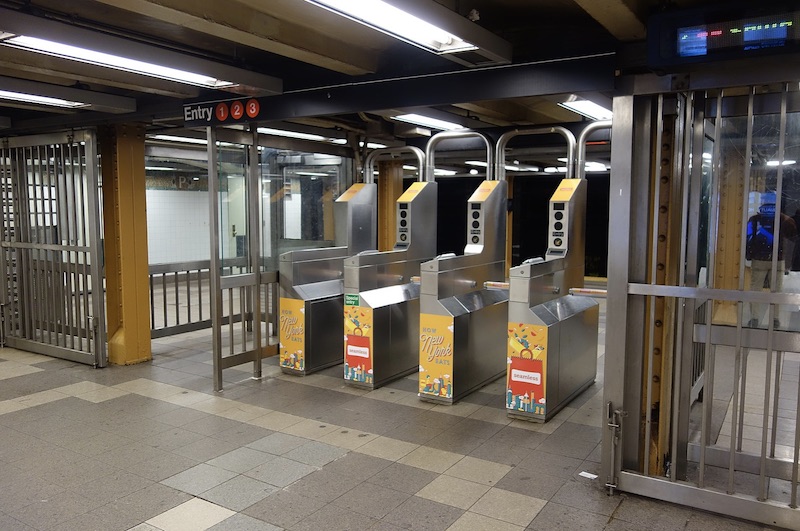 New York City police are searching for a suspect who allegedly stabbed a 29-year-old man at a subway station in Midtown Manhattan on Monday.

According to police, the victim was traveling on a northbound 2 train on the IRT Broadway-Seventh Avenue Line when the suspect began shouting anti-gay statements at other passengers. The man then made those same statements to the victim.

He then allegedly addressed the victim, saying: "Yo' big ass want to sit down with your legs crossed, f----t."

The two men then got into an argument, which turned physical, and spilled onto the platform as the train stopped at the 34th Street-Penn Station stop. The suspect then stabbed the victim with an unknown object and fled.