Yes, all of us

“That homosexuality is a sin and that they the homosexuals know it is a sin to live a life of homosexuality. Why else would they have been hiding in the closet.” 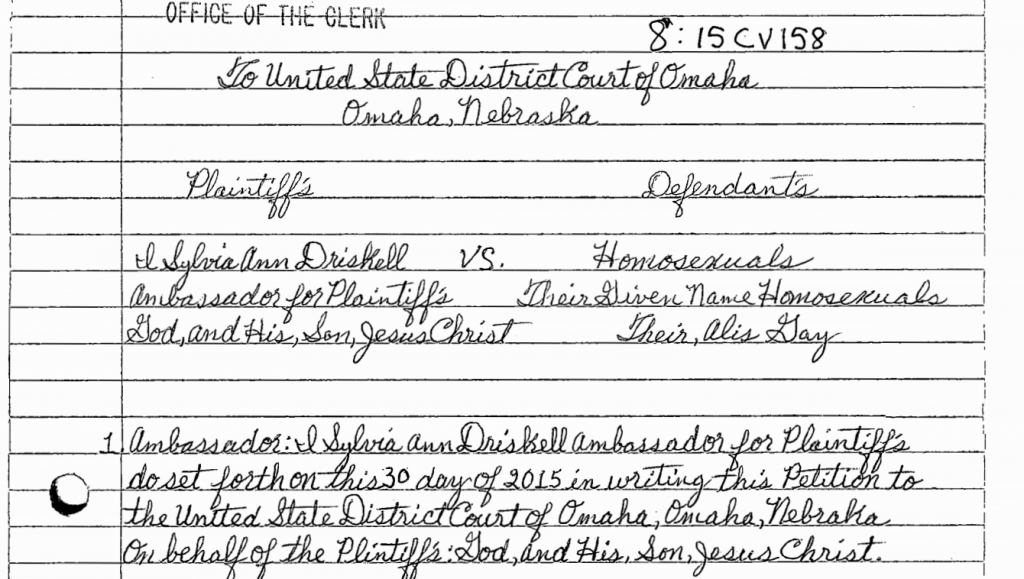 –An excerpt from a nonsensical suit by Nebraska resident Sylvia Ann Driskell, in which she asks U.S. District Judge John M. Gerrard to decide whether or not homosexuality is a sin.

She notes herself as an “ambassador” for “God and His Son, Jesus Christ,” the suit’s plaintiffs, NBC News reports. Defendants are listed as “Homosexuals.”

“I’m sixty six years old,” she wrote, “an [sic] I never thought that I would see the day in which our Great Nation or Our Great State of Nebraska would become so compliant to the complicity of some peoples [sic] lewd behavior.”

The seven-page suit cites no case law in its request, instead relying on excerpts from the Bibke and Webster’s Dictionary.

“No summons issue,” the court noted, regarding the suit’s defendants.