Chevy overhauls the Silverado to keep up with the F-150 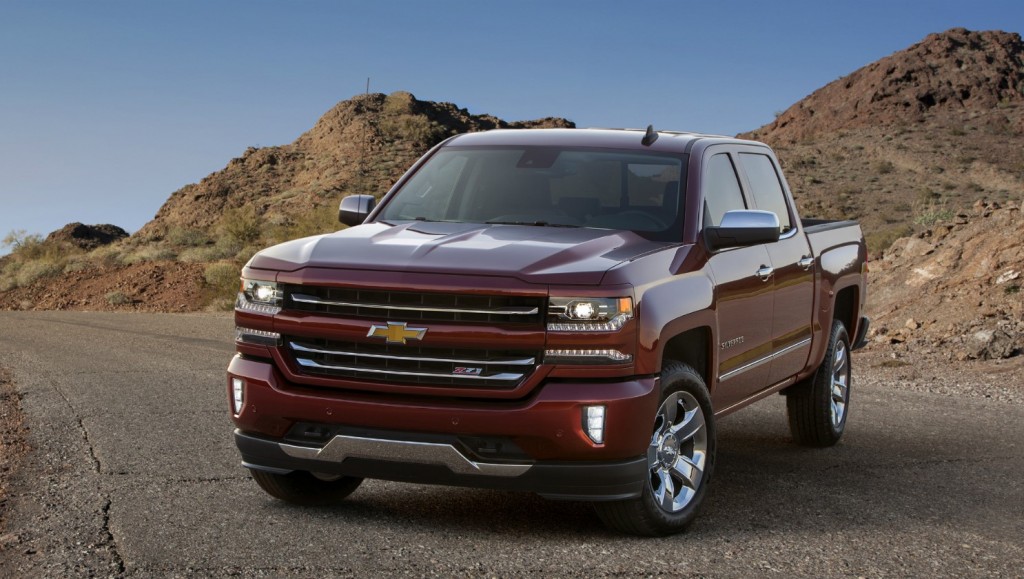 When it comes to plastic surgery, the key is to require as few repeat trips as possible. If you can iron out any perceived flaws on the first go, it requires only the occasional nip and minor tuck to keep things looking fresh. The same rule applies to automotive design. When a manufacturer gives one of its models a facelift, perhaps a little rhinoplasty, and maybe a few fillers, the end result is expected to last for several years, with only a few adjustments to keep up with market trends.

It would seem, then, that Chevrolet picked the wrong surgeon for its Silverado truck. A mere two years after launching it as an all new 2014 model, Chevy’s designers have been forced to debut the 2016 Chevrolet — and, mercifully, it seems they’ve finally managed to correct whatever went wrong the first time.

It’s not that the 2014 Silverado was offensive. Indeed, Chevy’s full-size truck was simple, muscular, and intended to offer looks as brutish as the tasks its makers assumed it would be used to accomplish. Unfortunately, out of the showroom it already looked dated. Read any article on the Silverado and you’ll find people moaning about its looks in the comments sections. It certainly didn’t help that Chevrolet chose chrome as a dominating feature of the front end — if ever you wanted to make your car look like a product of the ’00s, chrome will do it.

However, kudos to Chevrolet, because the 2016 model — available this fall — is undoubtedly a looker. Out goes the wall of chrome at the front, in its place body-matching color strips, a horizontal slot grille,  and squinty headlights with bold LED detailing. A new, aerodynamic bumper dominates the lower portions, with a subtle metallic insert and vertical fog lights. Even the bulging hood has been given a minor overhaul, shifting its muscles around for a more dynamic effect.

Inside, Chevrolet is upgrading the infotainment system to the latest version of Chevy MyLink, which adds support for Android Auto and Apple CarPlay. There are additional safety technologies on board, while under the body, the eight-speed auto (specifically, the Hydra-Matic 8L90 eight-speed) will apparently be available with more engines than just the range-topping 6.2-liter V8. That alone should help fuel economy across the range. 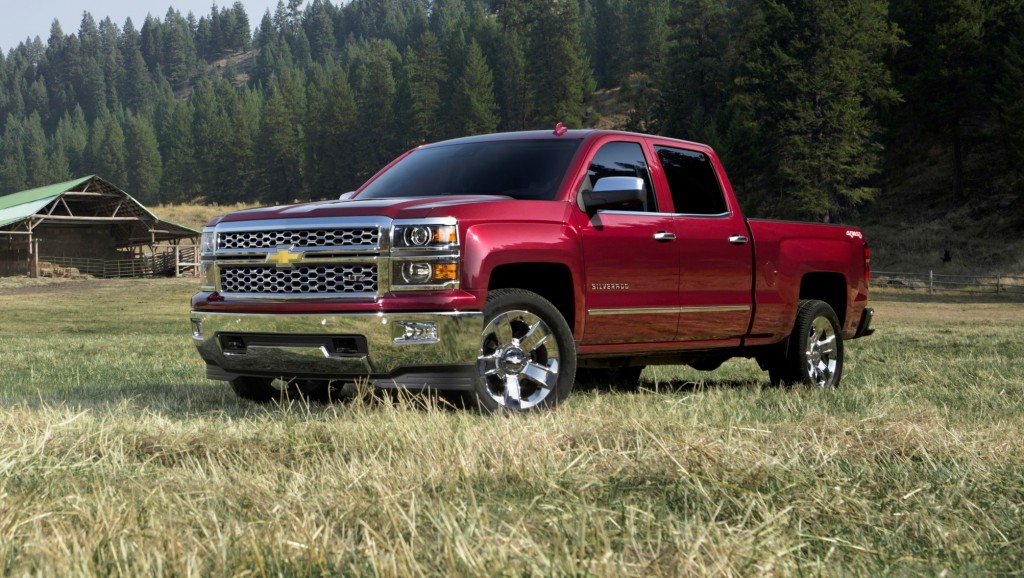 Overall, the difference is dramatic. Whereas the outgoing model is flashy and dated, this new one is dominating and modern. It’s exactly what it should have been two years ago. Of course, if you ask Chevrolet, the redesign — which isn’t at all to deal with consumer complaints, no sir — is just a natural part of building on the brand’s success. Despite its looks, the 2014 model was selling well. Instead, the 2016 model will “build on Chevy Trucks’ legacy of dependability,” with its “more muscular appearance,” according to Chevrolet’s marketing director.

In reality, that’s marketing speak for “This is all because of the Ford F-150.” America’s most popular truck — indeed, it’s most popular vehicle period — has been the nation’s best-selling for 38 years now. With the latest model, Ford has rightly been touting its aluminum design, which aids performance and fuel economy, as well as a bevy of new technologies and features that greatly improved it over the outgoing truck. Reviewers have hailed it as excellent. Consumers, as expected, have flocked to dealers to buy it.

Except, they haven’t been doing so in quite the numbers Ford expected. In fact, for the year so far, Ford’s sales on the F-series line have dropped. Admittedly, it’s just 2.4 percent, but that’s enough to send a ripple through the truck segment. The problem? Ford has two factories making F-150s, but in order to get them ready for the new aluminum-bodied models, they were down for twelve weeks. According to Ford, that’s about 90,000 sales gone. Further hurting sales figures, Ford — perhaps wisely — chose to focus any stock they did have on consumer sales. Consumers add luxuries to their trucks, which pushes up prices. That in turn means more profit per vehicle for Ford. However, it meant that fleet customers, who order lots of trucks but typically with fewer gadgets, were left wanting.

For GM, it represented an opportunity. Ford couldn’t make enough of its trucks to go around, whereas GM’s steel-bodied trucks were churning out of factories at a steady pace. Chevy had dealerships full of Silverados for consumers who couldn’t step into Ford’s trucks, and as a result, sales rose almost 15 percent for the Silverado — Chevy’s pickup line as a whole rose by almost a third.

Now, however, Ford has solved its manufacturing issues. Chevrolet can longer steal easy sales from consumers burned by a lack of F-150s to go around. Instead, the brand new F-150 could be compared against Chevy’s two-year-old truck — and in several metrics, it was left wanting. 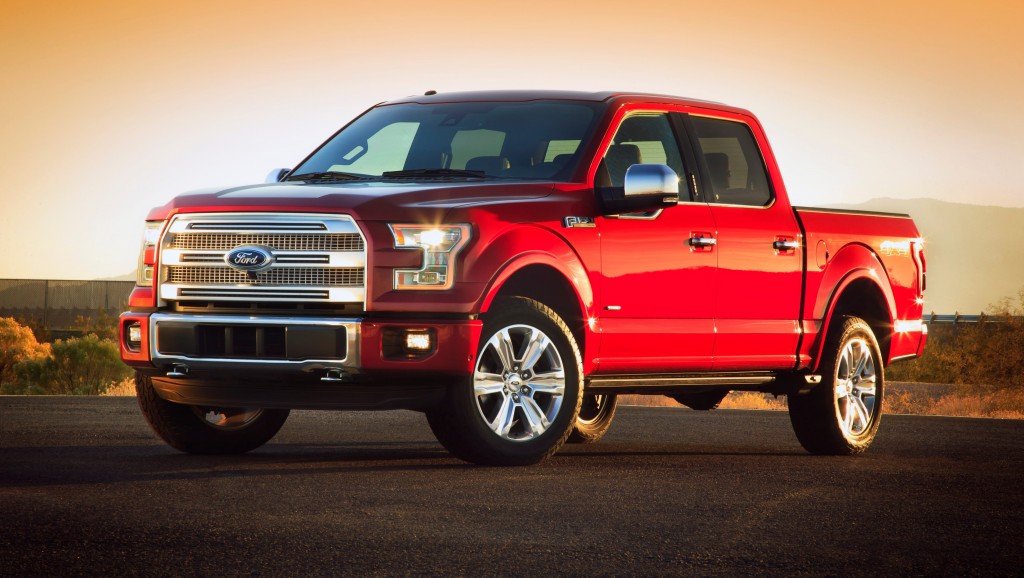 As a result, we have the 2016 Silverado. It’s fresh-faced, it’s fighting fit, and it’s ready to do battle in showrooms this fall. But General Motors isn’t stopping there. This month, they unveiled a new advertising campaign which directly bashes Ford’s venerated truck. The claws are out.

“So if I’m a guy that uses my truck for work, every day I don’t have that truck, that costs me money,” NFL personality Howie Long says. “In addition, you got higher repair bills. I’d be interested to know what happens to insurance costs. I got to tell you — all that certainly makes me think twice about an aluminum-bodied truck. Seems like you’d be taking a risk.”

GM claims that its trucks cost $1,755 less to repair and spend over a month less in garages after a low-speed accident than Ford’s aluminum truck. In perhaps the most unsubtle way possible, GM is appealing directly to the wallets of truck buyers — who typically use their vehicles for work. Buy our heavy steel-based trucks, GM shouts, not that space-age Ford.

For Chevrolet, the 2016 Silverado is a test. It’s a test of consumer reliability — will they still choose the Silverado over the F-150 now that the latter is readily available? It’s a test of its decision to eke better fuel consumption from improved engines and transmissions, rather than the weight-saving offered by aluminum construction. It’s a test of whether the Silverado, as well as it was selling, could do even better with some major surgery and a new set of teeth.

Come this fall, when the 2016 Silverado hits showrooms, they’ll have their answer.

Rhuaridh Marr is Metro Weekly's managing editor. He can be reached at rmarr@metroweekly.com.
← Previous Story Lean, Mean and Green: The 2016 Camaro
Next Story → Cars can now be hacked with a text message