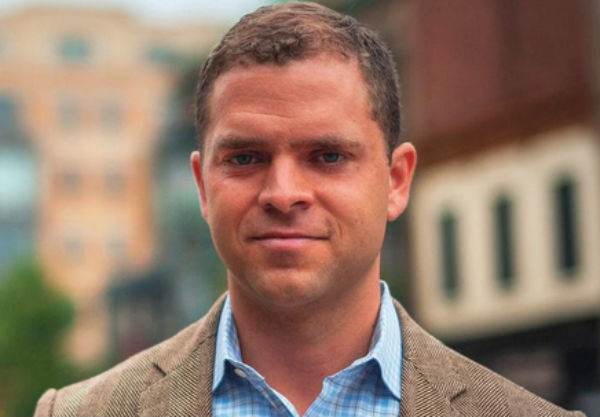 After the absence of an openly LGBT member on the D.C. Council for what will have been almost two years come November 2016, an out gay man has announced he will seek the Democratic nomination for one of the Council’s four at-large seats.

David Garber, a former ANC commissioner from Ward 6, officially announced on Wednesday that he will be running for the at-large seat occupied by Councilmember Vincent Orange (D). Garber’s candidacy is notable because, if elected, he would become the Council’s only openly gay member, following the defeats of former Councilmembers Jim Graham (D-Ward 1) in the Democratic primary, and David Catania (I-At-Large) in the 2014 mayor’s race.

In an email announcing his candidacy, Garber said he was running “because I’ve worked directly with residents in communities across the District as both a citizen advocate and an elected leader, and this election is an opportunity to become an even more effective advocate on the issues that matter most to individuals and families across the District.”

To help voters familiarize themselves with him, Garber’s campaign has also put out an introductory video in which he rattles off his accomplishments as an ANC commissioner and qualifications for the job, while also taking a jab at Orange, decrying “corruption” and “backroom deals for personal gain.”

“While I applaud the incumbent for his long tenure in D.C. government, we simply deserve better,” Garber says in the video. “Councilmember Orange was the first councilmember to ever be publicly reprimanded by the D.C. Board of Ethics and Government Accountability for using his influence to — get this — stop a health inspection of an insect- and rat-infested grocery store owned by one of his largest campaign contributors. I’m stepping up to run for an At-Large seat on the Council because as District residents, you deserve a councilmember who is focused on you and your communities.”

In the incident referenced by Garber, Orange was accused of interfering with health inspectors who were trying to close down the Sam Wang Produce market in Northeast D.C. after finding signs of rat infestation and other sanitation problems.

A spokesman for Orange issued a statement, but did not directly address Garber’s allegations.

“Councilmember Orange looks forward to addressing his insurmountable record of achievement, including providing a $11.50 per hour minimum wage, sick leave pay, laws prohibiting discrimination against pregnant workers and transgenders (sic), books for our children, and creating jobs and business opportunities for D.C. residents.”

Orange, who has not yet announced whether he will seek re-election to his current post, has previously experienced tight races in his last two campaigns. He won by only 2 percent over Republican Patrick Mara in a 2011 special election and edged challenger Sekou Biddle by only 3 percent in the 2012 Democratic primary.

Longtime LGBT activist Bob Summersgill, the treasurer of Garber’s campaign, said Garber will hold an official campaign kickoff later in September after the campaign has filed all the appropriate paperwork with the D.C. Board of Elections and Ethics.

John Riley is the local news reporter for Metro Weekly. He can be reached at jriley@metroweekly.com
← Previous Story Margaret Cho to host fundraiser for Brother, Help Thyself
Next Story → Arrest made in murder of Baltimore transgender woman