By John Riley on December 23, 2015 @JohnAndresRiley 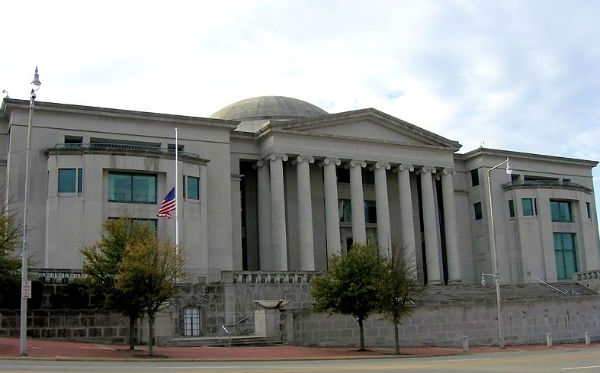 A lesbian mother from Alabama who had previously been denied visitation rights to see her three children despite having legally adopted them in Georgia is receiving support in her request to have the U.S. Supreme Court review her case.

The woman, known in court documents as V.L., is challenging a decision by the Alabama Supreme Court, which refuses to recognize her out-of-state second-parent adoption of the three children she had been raising with her former partner E.L. Last week, the U.S. Supreme Court issued a stay on the lower court’s decision and allowed V.L. to have visitation rights until it can resolve the matter permanently.

As she asks the Supreme Court to review the Alabama Supreme Court’s decision, V.L. is getting support from a variety of adoption advocates and legal scholars, who have filed seven different amicus briefs arguing that the Alabama Supreme Court’s decision is harmful to V.L. and E.L.’s children, is not in their best interests, and, most importantly, violates the Full Faith and Credit Clause of the U.S. Constitution, under which states are expected to respect court judgments, such as adoption orders, issued in other states.

The briefs also argue that V.L.’s adoption is entitled to recognition in Alabama and that the court’s refusal to recognize the adoption as valid conflicts with decades of Supreme Court precedent, as well as laws and policies that protect the finality of adoptions.

“This unprecedented decision by the Alabama Supreme Court harms not only our client and her children, but thousands of other adoptive families,” said Cathy Sakimura, director of the National Center for Lesbian Rights, which is representing V.L. “These amicus briefs show a broad consensus among adoption experts, advocates and scholars, as well as constitutional law scholars, that adoption law and the Full Faith and Credit Clause strongly protect the finality of adoptions from attack years later and require all states to recognize adoptions from other states, even if they may disagree with the law applied in those adoptions.”