Measure would prohibit discrimination based on sexual orientation or gender identity

By John Riley on January 5, 2016 @JohnAndresRiley 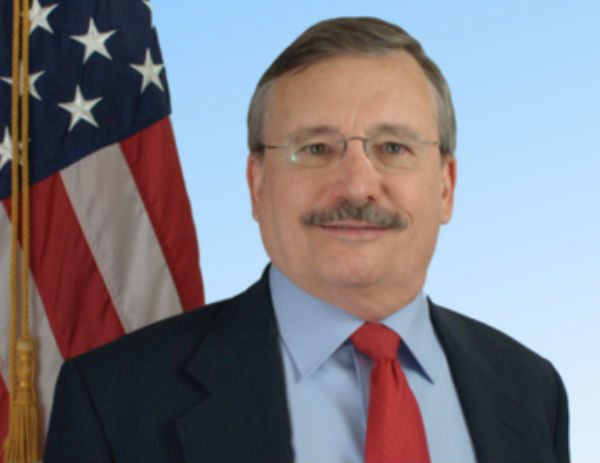 It might seem impossible in the state that twice elected Sam Brownback as governor, but a bill to prohibit anti-LGBT discrimination is finally going to get a hearing nearly 11 months after it was first introduced.

The bill, HB2323, was introduced by Rep. John Carmichael (D-Wichita) during the final hours of last year’s legislative session, in response to Brownback’s decision to rescind a nondiscrimination executive order for LGBT state employees that was issued by former Gov. Kathleen Sebelius (D).

The bill, as introduced, amends a number of statutes to include sexual orientation and gender identity among a list of protected classes when it comes to discrimination in employment, housing, and public accommodations. House Judiciary Chairman John Barker (R-Abilene) has granted the bill a hearing on Jan. 14, three days after the legislature convenes for its 2016 session, The Wichita Eagle reports.

While the bill is unlikely to pass the Republican-dominated legislature, or even emerge from committee, Barker has at least promised to hold a hearing on the issue. But social conservatives are expected to mobilize their forces to defeat the bill, claiming it violates their First Amendment rights to express their religious beliefs.

“I think the people of Kansas need to understand that anti-LGBT discrimination does exist in this state and there are steps we can take to end it,” Tom Witt, the executive director of Equality Kansas, said in a statement expressing support for Carmichael’s bill.

Meanwhile, Carmichael is happy just to get a hearing in front of the Judiciary Committee to ensure that LGBT people will be protected from being unfairly fired or evicted from their homes.

John Riley is the local news reporter for Metro Weekly. He can be reached at jriley@metroweekly.com
← Previous Story Pro-Huckabee PAC says Cruz too soft on gay marriage
Next Story → Carson open to reinstating LGBT military ban