Amid British travel warnings and boycott threats, businesses are experiencing the consequences of anti-LGBT laws 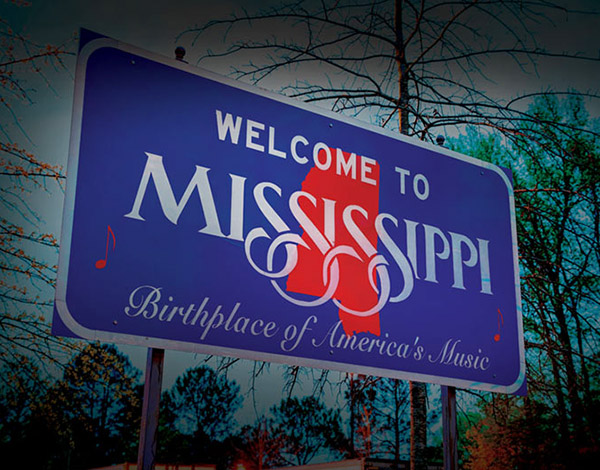 To say the city of Natchez is highly dependent on tourism is an understatement. Situated on the Mississippi River, the port city makes use of its location, its history and its antebellum architecture to draw in travelers. A substantial number of foreign tourists, from countries like Germany, Australia and the United Kingdom, come to Natchez to stay in the former mansions and plantations that serve as bed and breakfasts.

Because of that reliance on tourism, Natchez has been particularly welcoming to tourists of all backgrounds, including LGBT people.

“Natchez has always been a city that is more forward and progressive-thinking than any other region in the state, dating back to the Civil War,” explains R. Wayne Bryant, director of sales and marketing, public relations and events at Pilgrimage Garden Club.

That’s why it was so concerning when Mississippi lawmakers passed a purported “religious freedom” bill. As written, it would allow people to cite personal principles, religious beliefs, or moral objections as justification for refusing service to LGBT people or others who do not adhere to preferred social or sexual mores. As soon as Gov. Phil Bryant signed the law into effect, opponents of the law, HB 1523, spoke out against it. Musicians and artists cancelled planned shows. Several multinational corporations with headquarters or operations in the state denounced the law. And, following the example of major cities like Washington, San Francisco and New York, which banned official government travel, some activists even suggested boycotting the state in order to deal a financial blow.

However, by attacking the entire state of Mississippi for the law’s passage, more progressive environs such as Natchez could end up as collateral damage.

“Tourism is our main industry. People want to stay in our prized, beautiful mansions,” explains Bryant. “If we are losing conventions and we are losing destination weddings of LGBT clients, then everyone is losing.”

Bryant has watched tourism and the event business in Natchez decline since the law’s passage, even though it does not officially go into effect until July 1. Pilgrimage Garden Club lost up to six figures in revenue from cancellations, with people specifically citing concerns over the law. That’s several thousand dollars in sales taxes that the state will not collect, as well as the loss of local “heads-on-beds” taxes, which fund the Natchez Convention and Visitors Bureau’s efforts to market the city as a place open to business or tourism.

“This has all happened within the last two weeks, and clients have stated that the reason is they do not want to be associated with or spend their money in our state because of these ridiculous laws,” Bryant says. One of the groups was a non-LGBT Republican organization based out of Texas, who cancelled because many of their members objected to being associated with the new religious freedom law.

“If this law remains in effect, and Great Britain has issued a warning against coming here, and people heed that warning, then we’re in serious trouble.”

Adding salt to an ever-increasing wound was a decision by the British Foreign Office to issue a travel warning for the states of Mississippi and North Carolina for passing laws deemed to be anti-LGBT. The guidance warns British LGBT travelers that the United States is an “extremely diverse society,” where attitudes towards homosexuality can vary wildly.

“There’s no reason to be afraid to come to Mississippi, especially the city of Natchez. Of everyone I know who owns a business in the hospitality industry it this city, vendors who provide services for events, I don’t know of any cake baker or florist or business owner who would turn people down,” Bryant says in response to the Foreign Office’s actions. “But if this law remains in effect, and Great Britain has issued a warning against coming here, and people heed that warning, then we’re in serious trouble.”

In a press conference in London with Prime Minister David Cameron, President Barack Obama attempted to assuage the British people that Mississippi and North Carolina were not nearly as hostile towards LGBT people as they have been made out to be, even as he called both states’ anti-LGBT laws “wrong” and said they “should be overturned.”

“[Mississippi and North Carolina] are beautiful states and you are welcome and you should come and enjoy yourselves,” Obama said. “And I think you’ll be treated with extraordinary hospitality.”

But Cameron defended the Foreign Office’s advice, noting that it was granted “dispassionately” and “impartially” about laws that could affect British citizens abroad.

“Our view on any of these kinds of things is that we should use law to end discrimination, rather than embed or enhance it,” the prime minister said. “And that’s something we’re comfortable saying to countries and friends anywhere in the world.”

John Grady Burns, the owner of Beekman Place Livery in Natchez, has not noticed any major cancellations at his bed-and-breakfast. However, he is “flabbergasted” that Mississippi lawmakers would conform to stereotypes that the state is backwards when it comes to social issues such as LGBT rights.

“I, of course, intend to discriminate against no one,” says Burns, who is openly gay. “I just can’t imagine that such a law would be enacted in this day and time that would promote discrimination…. Natchez is so progressive and open-minded when it comes to social issues. Here, they’re not as hard-nosed as some of the conservatives in North Mississippi.”

In response to Britain’s travel warning, Burns says it’s sad it has to be done, but is the only fair thing to do to make sure U.K. citizens abroad are forewarned of potential discrimination or humiliation should they encounter business owners who don’t wish to serve them.

But other business owners suggest that Mississippi lawmakers will only learn if devastating economic consequences are visited upon the Magnolia State.

“I just hate that bill. I hate it with a passion,” Linda Lewis Raney, owner of The Nests B&B in Oxford, Miss., says. “I hope there’s a boycott, honestly. I wish anybody that would ever come to Mississippi would change their minds and advertise it in the newspaper, large and small, businesses and individuals. It’s just a hateful bill to pass for no good reason.”

Raney, who prides herself on running an LGBT-friendly business, says although she has not personally seen a negative impact from the “religious freedom” law, she still thinks it was unnecessary.

Mary Walker, the British-born co-owner of Across the Pond Bed and Breakfast in Salisbury, N.C., says she, too, has not seen a decrease in business from North Carolina’s anti-LGBT law, which repealed local civil rights ordinances and mandated transgender people to use only bathrooms that correspond to their biological sex at birth. But her business gets booked only through its reservations page, meaning it’s hard to quantify how much potential business she may have lost from others who didn’t complete the reservations process.

“We do not support the bill. We’re hoping it’s going to be overturned,” Walker says. “Our business is open to everyone, regardless of their sexual orientation or gender.”

“I would prefer that our government stick to the critical issues and stay out of moral issues.”

Concern over the economic impact of anti-LGBT laws is not merely limited to businesses in the North Carolina and Mississippi. Tennessee was beset with threats of an economic backlash after legislators attempted to pass a “bathroom bill” similar in scope to the North Carolina law, which would have forced transgender people into bathrooms that do not conform with their gender identity. It was for that reason that the Nashville business community spoke out against the “bathroom bill,” which ended up being pulled by its sponsor for the remainder of the session for “further study.”

“The quick knee-jerk reaction was that bill had the potential to affect our business,” says Butch Spyridon, president of the Nashville Convention & Visitors Corp., when asked why his organization lobbied so heavily against the bill. “I think my initial quote was, ‘Anytime our state government starts to introduce legislation that affects our ability to do business, it’s time to rethink that legislation.’ Personally, I would prefer that our government stick to the critical issues and stay out of moral issues, if you will.”

Spyridon estimates the potential loss of business for Nashville, had the bill passed, to be about $58 million. Since the defeat of the “bathroom bill,” calls for economic boycotts and threats of cancellations have largely died down, he says. However, the American Counseling Association has indicated it might pull its 2017 national convention from Nashville should another bill, this one granting religious exemptions to counselors and therapists, be signed into law.

“We didn’t catch the counselor bill fast enough, it kind of blew through and passed before we realized it was there,” says Spyridon. “That’s our fault, no excuse. We would have had a harder lobby against it. But we didn’t see it coming.” He adds that NCVC has asked Gov. Bill Haslam (R) to veto that measure, just as it did for the bathroom bill.

Spyridon also takes seriously the prospect that any anti-LGBT legislation could win Tennessee a travel warning similar to the ones issued for North Carolina and Mississippi. That, he says, would be a drag on business.

“We have built our success on music and Southern hospitality. And neither of those things do we take lightly, and neither of those two things do we need to put in jeopardy,” he says. “And, certainly, being a friendly and welcoming state is important to our messaging. We’d like to stay on the good lists, and have no desire to be listed on travel warning lists. We’ve worked way too hard on every front to elevate, in particular Nashville’s success, but even on a statewide basis. We want to continue that.”