Military to lift ban on transgender service on July 1

Details of and timeline for implementation yet to be finalized, but will be decided in the coming days 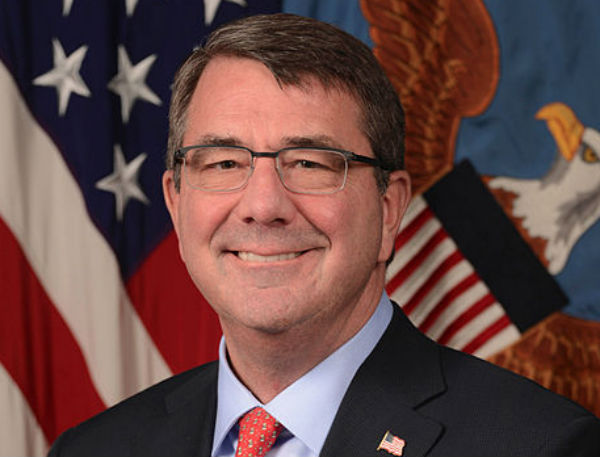 On Friday, U.S. Secretary of Defense Ashton Carter announced the Pentagon will repeal the military’s active ban prohibiting transgender service members from serving openly, beginning on July 1. The decision to repeal came after recommendations from a working group examining the effect of lifting the ban, something Carter has previously indicated he favors.

According to USA Today, top military officials will meet as early as Monday, June 27, to finalize implementation of the plan. It would direct each branch of the armed services to roll out new policies reflecting the change in the areas of recruiting, housing and uniforms for transgender troops.

Last year, Carter all but indicated that repeal was in the works, and would only be halted if the working group concluded that removing the ban on transgender service members would have an “adverse impact on military effectiveness and readiness.”

Opponents have raised costs of implementation as an issue, specifically focusing on how facilities would have to be altered to serve transgender service members, and the cost of any medical treatment related to transitioning. But a study published last year in the New England Journal of Medicine estimated that the cost of transition-related care for transgender military personnel would be “negligible” and would amount to “little more than a rounding error in the military’s $47.8 billion health care budget.”

“Every day, an estimated 15,500 dedicated, proud and courageous transgender service members have been forced to live quietly and serve in righteous indignation, anticipating the end of the discriminatory ban on open trans service to be lifted in the Armed Forces,” said Matt Thorn, executive director of OutServe-SLDN, an nonprofit legal services and advocacy organization for LGBT service members. “Transgender service members have been awaiting this announcement for months and years: it has been long overdue…. Today, we as a nation say (in the words of Attorney General Loretta Lynch) ‘We see you’ and regardless of your gender identity, we welcome you to serve this country with honor, dignity, courage and above all openly and honestly.”

OutServe-SLDN announced it will expand its legal services to transgender veterans who wish to update their military records with name changes and other information. The legal services department will also help those who were forced out by the ban but wish to return to active service to do so.

“We know that this announcement isn’t an immediate relief. However, publicly announcing the timeline and official end date of the ban puts a light at the end, of what has been a very long and sometimes painful tunnel, for thousands of transgender service members,” Thorn added.

“This final remnant of ‘Don’t Ask, Don’t Tell,’ will now be put to rest,” Victoria Rodríguez-Roldán, director of the National LGBTQ Task Force’s Trans/Gender Non-Conforming Justice Project, said in a statement. “This decision is a great victory for the many trans people who have served and sacrificed in the military over the years. They also served in fear of being discharged from the service for simply being who they are. Thankfully this now will change. We look forward to hearing more implementation details.”