Transgender Servicemembers on the End of the Ban

Transgender service members react to the Pentagon's lifting of the ban 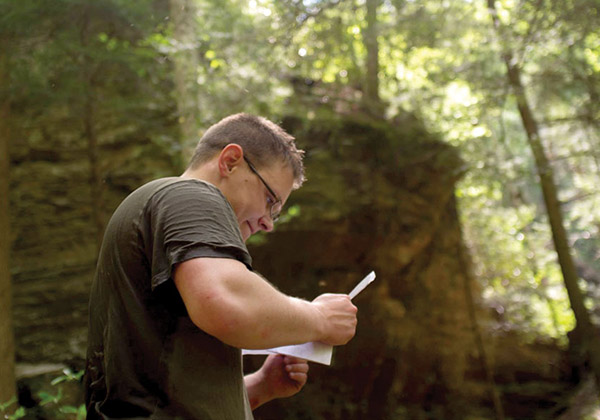 After coming out as transgender, Capt. Jake Eleazer of the Kentucky Army National Guard was convinced that his discharge was all but inevitable.

“Honestly, when I came out, I had made peace with the fact that my career was over,” he says. Although his superiors were accepting and supportive, they still had to report it up the chain of command. Last July, Eleazer was served his paperwork — mere hours before U.S. Secretary of Defense Ashton Carter halted all discharges based on a service member’s gender identity.

Unfortunately, that created a year of uncertainty for Eleazer, 30, who is wrapping up his studies as a doctoral student in counseling psychology at the University of Louisville. Eleazer didn’t know whether he’d be able to recommission with the Army, in order to transfer to the medical corps for his clinical internship. He also had to fight against attempts to force him out of the Army, while the Department of Defense was still studying the effects of lifting the ban on out transgender service members. One day, during a field training exercise, he was informed that someone had actually submitted a resignation on his behalf.

“They pulled me out of the middle of the field, and said, ‘Go home. Get all your gear. Turn it in,'” recalls Eleazer. “[They] gave me an Army commendation medal, and then said, ‘See you.’ At that point, I knew that they could discharge me, but the way they went about it was just wrong. There’s a policy and procedure and regulations, and they didn’t follow them.

“I think that was followed up with them saying that my eyesight was rapidly deteriorating,” he continues. “It was like they were looking for any reason to quickly get rid of me and sweep it under the rug.”

But Eleazer — along with many other transgender service members — received good news last Thursday, when Secretary Carter announced that the ban on service would be lifted.

As announced, the Pentagon has until October 1 to issue guidance for unit commanders and to doctors and staff at military treatment facilities. After 90 days, transgender service members will be able to start the process of changing their name and gender marker in their personnel files. The various branches of the military will also begin carrying out training for all personnel on the integration of transgender service members, following the same model used for lesbian, gay and bisexual service members following the repeal of “Don’t Ask, Don’t Tell.”

By July next year, the military expects the new transgender-inclusive policies to be implemented, and will begin accessing and recruiting transgender individuals who meet all other physical and mental health requirements to serve. Transgender recruits must also meet two other requirements before joining: they must have completed any medically necessary transition-related treatment, and must be deemed by their personal doctor as “stable in their identified gender” for 18 months prior to enlisting.

For Akira Wyatt, a 25-year-old Navy hospital corpsman who immigrated to the United States from the Philippines at age 15, military service was a way to dedicate herself to her adopted country. But after enlisting in 2011, Wyatt, who is based out of Camp Pendleton, Calif., struggled with her gender identity, living in constant fear of the repercussions that could befall her if she were outed. She gained courage after coming face-to-face with a young Marine who was charged with murdering a transgender Filipina.

“Once we heard that he was getting transported to the ship to get taken care of as far as medical, I was one of the first corpsmen that was there to take care of him,” she recalls. “If you looked at his face, he had such an innocent face. But when I looked in his eyes, it was kind of like looking pretty much at the Devil himself…like he was proud of what he did.

“That scared me, but at the same time, it gave me the opportunity to show that not only are we everywhere, we can be and do anything,” Wyatt says. “Right there and then, I was like, ‘You know what? I’m going to transition. I can’t be scared. I can’t be scared of what even my own peers will do to me. As long as I’m happy, I’ll live my life. I’ll still do my job. I’ll do it.'”

“[Trans servicemembers] don’t have to put on their boots in the morning and worry about: ‘Is today going to be the day that I get discharged?'”

The doubt and uncertainty of living under the ban was akin to being on a roller coaster, Wyatt says. She welcomes the policy change, as it will allow her to stop worrying and start focusing on her job.

“The great thing about this,” she says, “is that I can finally serve my country and not hide and form a different persona of myself when I’m trying to be a great sailor, a great corpsman, a combat medic, and be good for my Marines.” 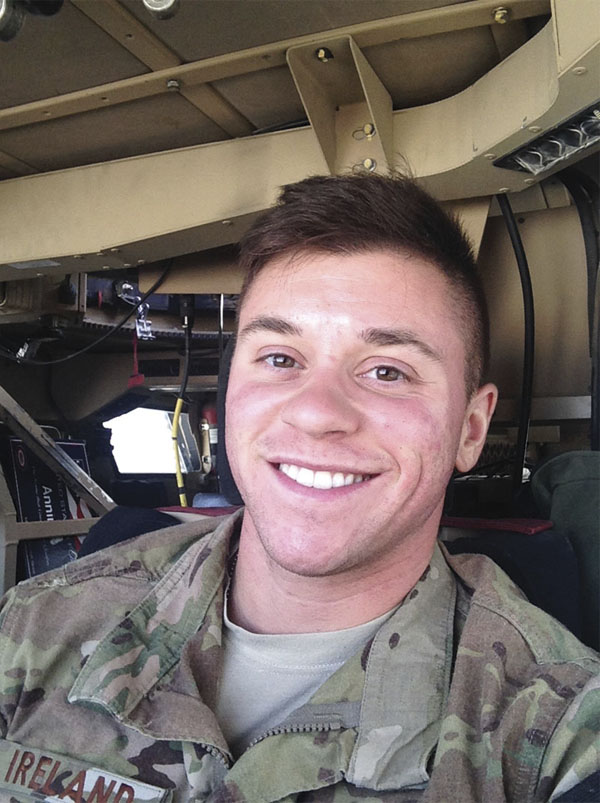 For 29-year-old Air Force Staff Sgt. Logan Ireland, based out of Peterson Air Force Base in Colorado Springs, Colo., the end of the ban has “been a long time coming.” Until last year, when he officially came out, he’d “basically been confirming and not denying being transgender to my command, my friends, the people that I work with. I’ve served in silence, much like a gay person when ‘Don’t Ask, Don’t Tell’ was still in effect.”

Ireland had it easier than many of his fellow transgender service members, as he was able to successfully change gender in his personnel file. As a result, he’s adhered to male regulations and grooming standards, and has been recognized by the Department of Defense as male since returning from deployment in Afghanistan last year. Unfortunately, after the DoD found out about his success, it halted all future gender marker changes until such time that the ban on transgender service members was repealed.

Last week’s announcement “means everything” to those service members who weren’t as fortunate as Ireland, who had to serve in silence for fear of being outed. If they were discovered, they risked not only being discharged, but losing retirement, education, and health benefits.

Ireland gives Carter credit for actually carrying out the process of studying the effects of allowing transgender people to serve openly, as well as lifting the ban.

“I actually met Secretary of Defense Carter while in Kandahar, Afghanistan. It was three days after he took office, and he was there just for a quick meet-and-greet,” Ireland recalls. “When I met him, I introduced myself as a transgender service member. About a month later, the review [of the ban] was put out and laid out, and saying, ‘Hey, we need to look into this.’

“That tells me leadership does hear this. He hears me, this one transgender troop deployed all the way here in Afghanistan,” says Ireland. “We barely have cell phone reception or get mail on a regular basis, but here the DoD is listening to me and my needs, and knows that there are many like me.”

John Riley is the local news reporter for Metro Weekly. He can be reached at jriley@metroweekly.com
← Previous Story New York State ad campaign tries to steal business away from states with anti-LGBT laws
Next Story → Pro-transgender ad to premiere during Republican National Convention