Home / Arts + Entertainment / Music / Crystal Bowersox: I want my son to “be whoever he wants to be”

Crystal Bowersox: I want my son to “be whoever he wants to be”

Crystal Bowersox has devoted her life to being "loving and kind" 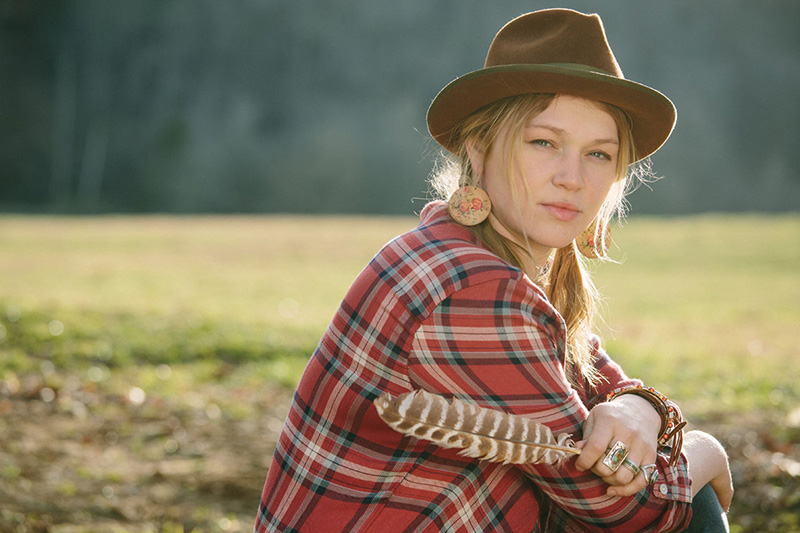 “He looks a-may-zing, I will say. Does eyeshadow way better than I do.”

Crystal Bowersox is in awe of Manny Gutierrez, the 25-year-old who earlier this month became the first-ever male Maybelline model. But the former American Idol contestant has been even more inspired by Gutierrez’s father, particularly in the way he stood up for himself and his son after facing homophobic abuse.

“Dads, this is why you need to be there to raise your sons,” one conservative commentator infamously tweeted in response to the Maybelline news. Bowersox quotes Papa Gutierrez’s rebuttal: “‘I’ve been in my son’s life, and I love my son for who he is. And if he wants to wear makeup, by golly, let him.'”

Bowersox feels the same way about her son, an “eight-year-old miracle.” “Whoever he turns out to be, I will love and support him, no matter what,” she says. “That’s love. True love.” That same unconditional love has long guided Bowersox, and it was the main factor in her decision to audition for American Idol. “I knew that I needed to turn my 100-dollar bar gig job into a career and give my son a better life,” she says, adding that she never really considered doing anything but music for a living.

Since finishing as runner-up on Idol in 2009, the 31-year-old Ohio native has come out as bisexual and gone on to make a home in Nashville, surrounded by friends and fellow songwriters, many of whom also identify on the LGBT spectrum. She’s also become a popular draw on the touring circuit, including as a repeat performer at venues such as the Barns at Wolf Trap.

“I hope to just continue to make music and raise my son in a way that is loving and kind,” she says. “And I want him to be a kind and accepting, generous little human being, and be whoever he wants to be.”