15 LGBTQ Black Films Everyone Should See 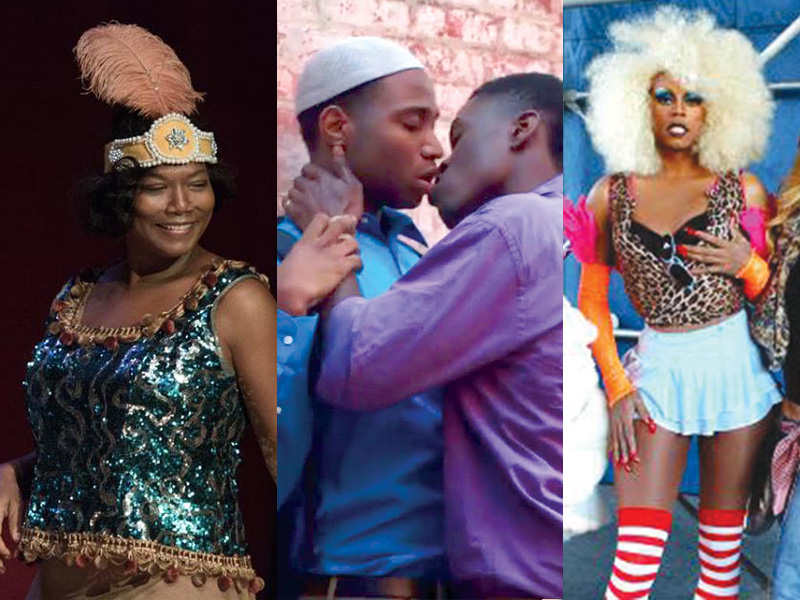 Every culture is comprised of subcultures. They are essential veins to a greater artery. And there is, arguably, no more profoundly resonant subculture within the LGBTQ movement than the African-American community. It’s been such a fertile territory for filmmakers that when deciding on a sixth installment for our “LGBTQ Films Everyone Should See” series, it stood out as a no brainer.

Of course, it helps that the low-budget Moonlight has become a launching pad of sorts, renewing a rapture for honest black cinema in a way that alluded such recent high profile entries like Nate Parker’s Birth of a Nation. Moonlight came in, stealth-like, and stole every bit of the thunder. Deservedly so.

The Oscar-nominated, Golden Globe-winning masterpiece sets a new bar for black gay cinema, if not all independent film. Poetic and resonant, it deploys a magnificently complex, ethereal narrative structure, offering the world a moviegoing experience that eschews Hollywood’s typical cookie cutter aesthetic for one daring, brave, and emotionally, intellectually powerful. It’s the standard from which all LGBTQ cinema will be compared moving forward. And like the the finest LGBTQ films — Beautiful Thing, Boys Don’t Cry, Brokeback Mountain — it remains true to itself, true to its heart. And that truth is what sticks with you long after the movie has ended.

Each of the 15 films selected for our list are just as true, making every single one of them — no matter who you are, no matter what your cultural assignation, no matter your sexual orientation — essential viewing. They inform, they entertain, they enlighten, they stir our collective souls. Most importantly, they leave us with a far better understanding of our LGBTQ culture, as well as the subcultures within, subcultures that provide real muscle to our mass. 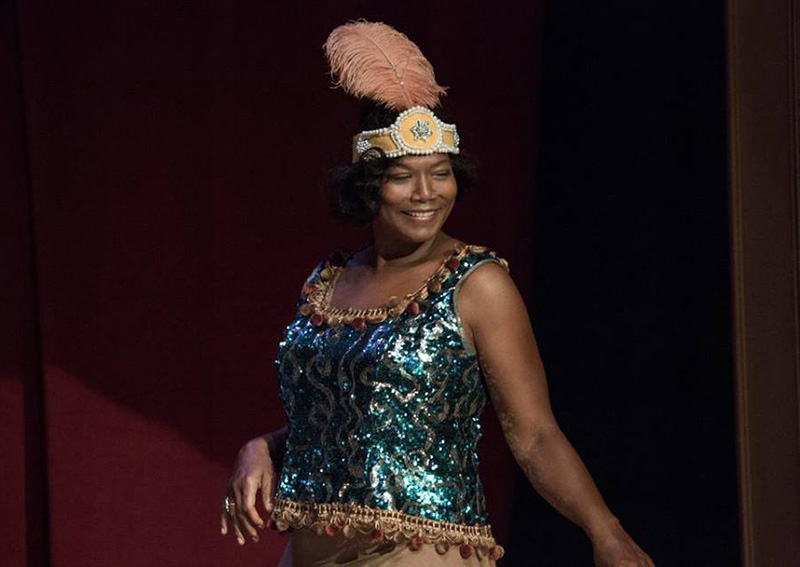 Queen Latifah plays bisexual blues legend Bessie Smith in a film that took more than two decades to come to fruition. Directed and co-written by Dee Rees (Pariah), the Emmy-winning Bessie is buoyed by vivid performances, including Mo’Nique as Smith’s bisexual blues progenitor Ma Rainey, and zesty, stylish approaches to cinematography, music and sound. The movie never flinches from showing Smith and Rainey flirting and canoodling with other women, and is frank in depicting the long-term relationship Smith had with her female lover on the side at the same time she was married to her male manager. –Doug Rule

Available for streaming on Amazon Video and HBO Go, for rent on Vudu, and for purchase on Google Play, iTunes, and YouTube. 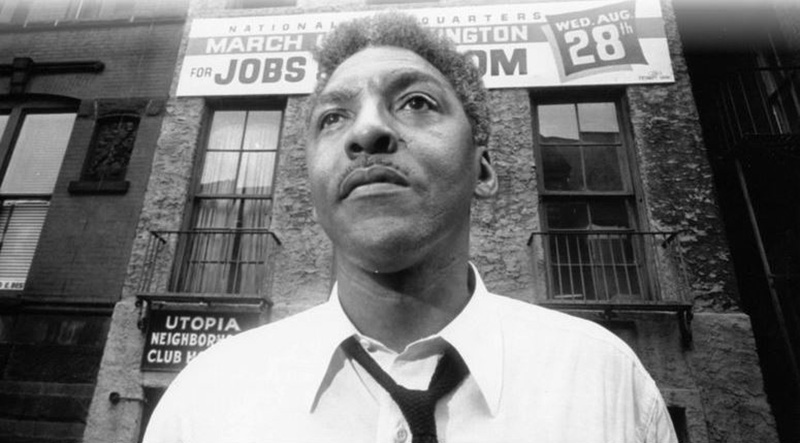 Among the many unheralded LGBTQ heroes of the Civil Rights Movement of the ’50s and ’60s, out gay Bayard Rustin distinguished himself as a singularly visionary activist, organizer and leader. A chief lieutenant and counsel to Dr. Martin Luther King, Jr., Rustin helped steer King’s movement towards nonviolent resistance, while working to organize the crucially important Southern Christian Leadership Conference, and later, the 1963 March on Washington. As depicted in the electrifying biographical documentary, Brother Outsider: The Life of Bayard Rustin, the activist’s many accomplishments and sacrifices made during his lifetime often were overshadowed by his peers’ and his detractors’ discomfort with his sexuality, which Rustin refused to hide. Brilliantly employing archival footage of Rustin, King and their contemporaries, along with freshly filmed interviews, directors Nancy Kates and Bennett Singer offer abundant evidence of Rustin’s invaluable influence on the struggle for equal rights in this country regardless of one’s race, color, creed or sexual orientation. In the words of one of the many notables interviewed (including D.C. Congresswoman Eleanor Holmes Norton), the film addresses the complicated mystery shrouding Rustin’s legacy: “Why did he remain in the background; why was he an advisor to this, that or the other great person, but never himself coming forward in the full measure of his great talent?” While examining the causes and the cost of virtually erasing from the history books one gay activist’s contributions to progress, the film serves up a finely drawn portrait of a multi-faceted man of the people whose politics evolved with the times, and who should be more well-known. To that end, the soundtrack includes several songs Rustin recorded in his pre-activist life as a Harlem jazz singer. Reedy but impassioned, his voice will not be denied. —André Hereford

Available for DVD purchase and streaming at PBS.org, Newsreel.org, and SundanceNow.com, and for DVD rental from Netflix. 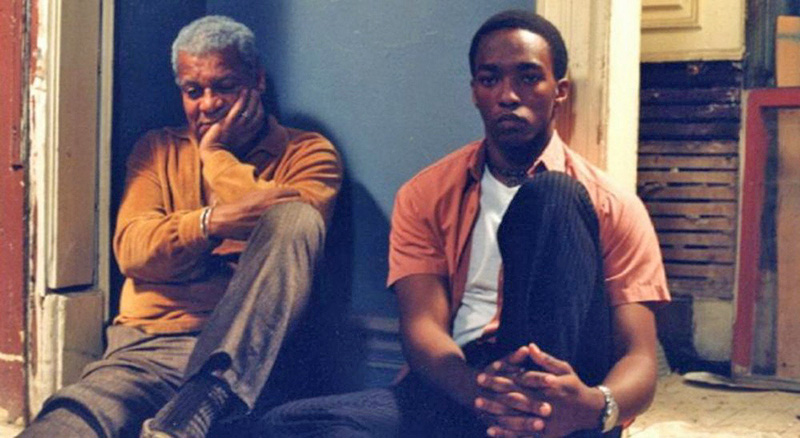 For all the turmoil and strife of city life, the so-called ghetto, or inner city, still can produce great movements of art, literature, poetry and music characterized by stunning beauty and transcendent passion. In his debut feature, writer-director Rodney Evans captures just such a charged moment in a romantic, gay-themed take on the 1920s Harlem Renaissance, a period of art, literature and culture as vibrant and influential as any in American history — if far less depicted on screen than, say, the Beat Generation. Boasting a sharp script and strong performances, the film depicts in handsomely-shot black-and-white those daring, talented African-American artists like author Zora Neale Hurston (Aunjanue Ellie), painter Richard Bruce Nugent (Duane Boutte), and poet Langston Hughes (Daniel Sunjata) who befriended each other, supported each other and helped galvanize what would become a revolution in America, the New Negro Movement, all while producing classic works that inspired generations of artists that followed. That legacy is explored via a contemporary parallel story, filmed in color, that features current onscreen Avenger Anthony Mackie in his first starring role. A fresh-faced Mackie plays Perry, a gay art student, who, while volunteering at a homeless shelter, meets an elderly Bruce Nugent, in whom he recognizes a version of his struggle to make art and accept his budding attraction to a white classmate. The film offers as witty and sprightly a look at the Harlem Renaissance as those buzzing figures of artistic and cultural sophistication might have concocted themselves. —AH

Available to rent on DVD from Netflix, and streaming on Amazon, iTunes and Youtube. 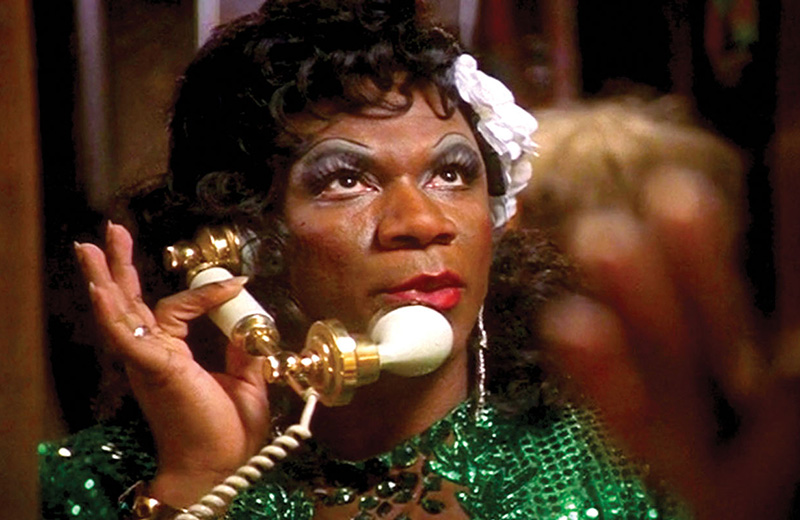 On the heels of the global box office success of the Oscar-winning 1994 Australian hit comedy The Adventures of Priscilla, Queen of the Desert, Hollywood film and TV studios, for a brief, if not always shining moment, greenlit a cornucopia of films starring bankable male leads and action stars in the roles of drag queens. From Wesley Snipes, Patrick Swayze and John Leguizamo in the other three-queens-on-the-road comedy To Wong Foo…, to Philip Seymour Hoffman’s raw dramatic turn as struggling performer Rusty opposite Robert DeNiro’s straight-not-curious cop in Flawless, movie stars and filmmakers dipped their toes in the drag pond with varying degrees of financial and artistic success. In the case of Golden Globe-nominated TV drama Holiday Heart, directed by Robert Townsend (Hollywood Shuffle), the film’s success derives from its effective, matter-of-fact approach to some difficult subject matter, like substance abuse and religious persecution, and to a winning cast portraying complex, relatable characters. Starring Ving Rhames as gay Christian drag performer Holiday Heart, who takes in a drug-addicted single mom (Alfre Woodard), and helps raise her young daughter, the movie is as sentimental, though not as saccharine, as the Hallmark-style title implies. Through the struggles and tears, it delivers plenty of laughs and two outstanding lead performances in service to a moving story that could warm the hearts of grandmothers and drag mothers alike. —AH

Available for purchase on DVD from Amazon, and streaming on iTunes. 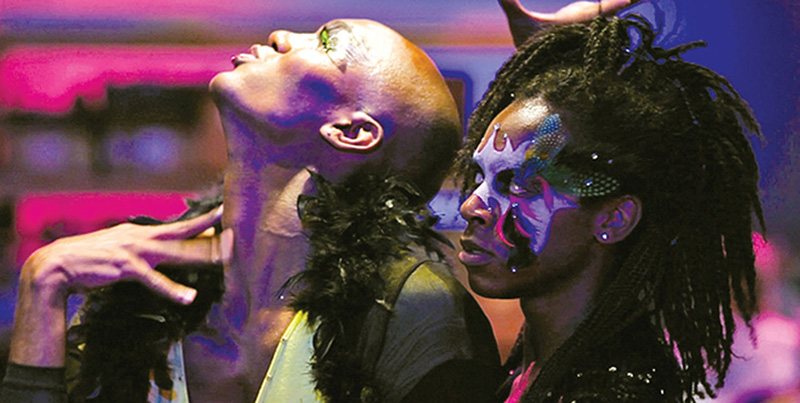 Leave It On the Floor

In the 25-plus years since the stars of Jennie Livingston’s landmark documentary Paris Is Burning taught the world the A-B-C-s of drag, voguing and house culture, LGBTQ influence on mainstream music, dance, fashion and language has progressed monumentally. Still, somehow the mostly black and Latino house ball scene — in which individuals and teams of every gender compete fiercely for prizes, status and family honor in a variety of arcane-to-obvious pageant categories — has remained steadfastly underground, with or without the world’s (and Madonna’s) attention. Shining a fabulous light on the camaraderie and creativity percolating underground, the voguing musical Leave It On the Floor follows handsome, gay black 22-year old Brad (Ephraim Sykes), shunned by his unaccepting mother but embraced by the House of Eminence, a makeshift family of fellow queer youth who also were bullied or excluded at school, and/or thrown out of the house by homophobic parents. An entertaining modern musical set in La-La Land, this high-spirited extravaganza dances not across L.A.’s towering freeways but through the real city these kids call home, with lively musical numbers, choreographed by frequent Beyoncé collaborator Frank Gatson, staged everywhere from a ballroom runway to a bowling alley. Written by Glenn Gaylord, directed by Sheldon Larry, and produced on a slim budget, especially for a musical, Leave It on the Floor is not the only feature film set within the ball scene. However, it is undeniably one of the most well-crafted and designed, with some breathtaking dancing and memorable, hip-shaking songs by lyricist Gaylord and composer Kimberly Burse. —AH

Available for streaming on Amazon, Vudu, Google Play and Youtube.

Continue to Page 2 of 15 LGBTQ Black Films Everyone Should See
Read: Basking in Moonlight