Home / Arts + Entertainment / Stage / Folger Theatre’s “As You Like It”: A charmingly energetic soul-pleaser

Folger Theatre’s “As You Like It”: A charmingly energetic soul-pleaser 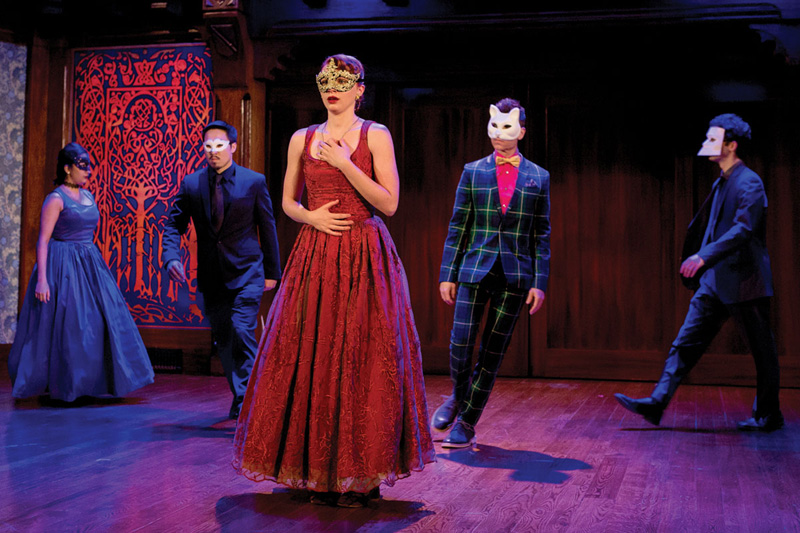 Maintaining its old world theatrical troupe vibe, the Folger Theatre’s As You Like It (

) is a charmingly energetic soul-pleaser. With its ensemble of gorgeous Millennials anchored by a smattering of seasoned actors — who, like ageless, hip uncles, fit right in — there is a cohesion that is genuinely joyous.

And the sparkle is no accident. Director Gaye Taylor Upchurch makes the most of her cast’s innately youthful energy, keeping the pace super-lively and the mood high, allowing them to own the play. Complementing everything wonderfully are Heather Christian’s inspired, multi-genre musical arrangements and the attractive choreography of Alexandra Beller. Beautiful singers, pretty movers, talented musicians — the ever-so-game cast captures it all with ease. Upchurch has it right: If you are going to explore the excitable world of young and convoluted love among all manner of courting couples, you do well to let them show their wares. 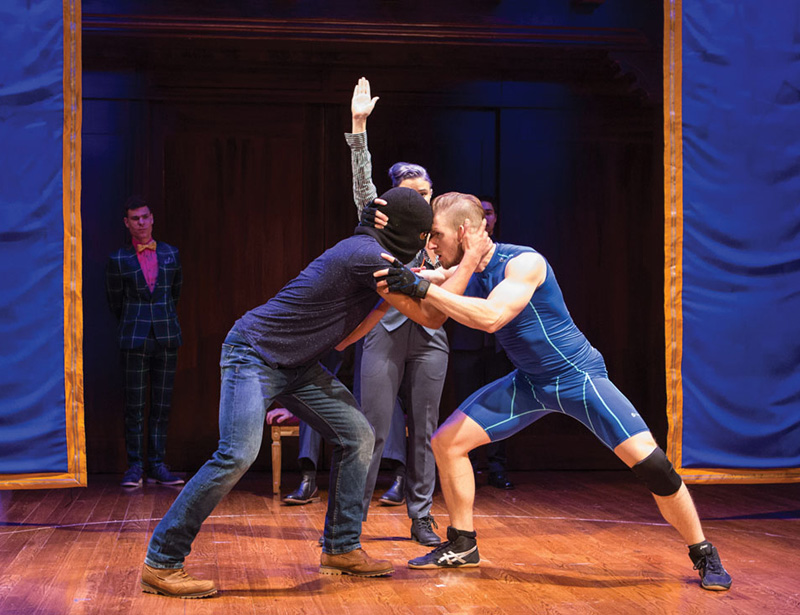 Antoinette Robinson is a luminous, knowing Celia, giving her young woman a quiet charisma, some wry humor and a real sense of protectiveness over her dear friend, the highly-strung Rosalind. As Touchstone, a version of the court jester, Aaron Krohn delivers some excellent comic timing and inventiveness, while nicely understating his personal agenda.

In smaller roles, Dani Stoller is a hilarious shepherdess Phoebe, while Brian Reisman is notable as a gently comical Silvius, who will take Phoebe any way she’ll have him. Making the most of his hipster look, Will Hayes is a wonderfully comic wrestler and Daven Ralston is visually captivating with her pixie hair and uncompromising stare, both bringing some edgier fun to the goings-on. 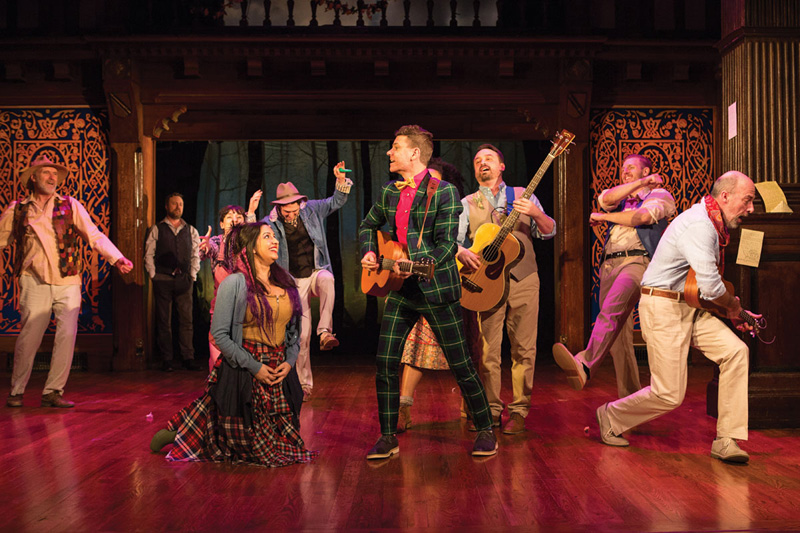 As for the “uncles,” Tom Story is a superb Jacques, the world-weary traveler mingling with the locals. Bringing an ideal mix of cynicism and existential wonder, Story is the rare actor who can make Shakespeare sound like a twenty-first century conversation without losing any of the poetry. Nicely understated as Adam the ancient servant and completely different as Corin the friendly shepherd, Jeff Keogh creates two unassuming characters who nevertheless bring quietly remarkable color and context to the whole.

When it comes to the heart and soul of the play — will-they, won’t-they lovers Rosalind and Orlando — the picture grows more complicated. Rosalind is another of Shakespeare’s mind-bendingly independent women, this one disguising herself as a man in order to test her potential mate. Grabbing the role by the short and curlies (much as Rosalind does her men, metaphorically), Lindsay Alexandra Carter is quite believable — if one sees her as a young woman raised in a sycophantic bower of privilege. Played at fever pitch, she is the Boston Brahmin teen (complete with affected English accent) caught between a massive crush and an intellect spinning like a top. She is compelling and memorable, but not altogether sympathetic. A question also begged is how she ever could have been raised in the same household as the far more down-to-earth Celia.

The frenzy that is Rosalind is also somewhat out of calibration with this Orlando. And he is already something of a challenge, being not the most highly-developed of characters. To claim his place — and be worthy of Rosalind — he must be imbued with far more than is written. Though he has a smiley charisma and certainly looks the part, Lorenzo Roberts plays him temperately and without irony. If this makes for a certain yin and yang with Rosalind, it doesn’t generate anywhere near enough frisson to warrant her adoration. Roberts is also not as comfortable with his Shakespeare as he might be, and without the poetry of the language it is even harder to get a sense of his love for her. On the other hand, Rosalind is so high-octane, perhaps Orlando’s energy levels are beside the point. The Rosalinds of this world do so much of their living inside their own heads.

Still, a touch of unevenness hardly matters when so many plates are spinning wonderfully in the air. This is Shakespeare in the springtime of love delivered with joy, energy and the Folger’s special brand of intimacy.

Find discount tickets for As You Like It at Folger Theatre

← Previous Story Round House’s “Caroline, Or Change” (review): Caroline is brought vividly to life by Nova Y. Payton
Next Story → Morgan Gould: Until Trump is defeated “I cling to my gay friends”