Unanimous vote makes Toledo the second city in Ohio to institute a ban, with other cities expected to follow

By John Riley on February 8, 2017 @JohnAndresRiley 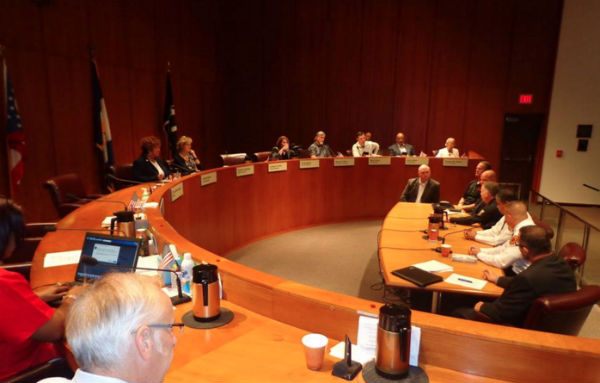 On Tuesday, the Toledo City Council unanimously approved a ban on conversion therapy and made gender identity a protected class under the city’s nondiscrimination laws. reports The Toledo Blade.

By approving the ban, Toledo becomes the second city in Ohio to reject the practice, following Cincinnati, which prohibited the practice in December 2015. Cincinnati was the first individual city outside of Washington, D.C. to ban licensed therapists from practicing on minors. Five other states — California, New Jersey, Oregon, Illinois and Vermont — have banned the practice via statute, and a sixth, New York, has passed regulations that prohibit insurance plans sold in the state from covering the cost of the therapy, though such regulations could be overturned by a future governor.

As expected, the proposal was hailed as a great step forward by LGBT advocates, who are seeking to pass bans on conversion therapy in all 50 states. They say that conversion therapy — which seeks to change a person’s sexual orientation or gender identity — poses a “public health risk” to those who undergo it, and point out that the practice has been largely discredited by most mainstream mental health and medical organizations.

But the ban was fiercely criticized by social conservatives, particularly ministers who worried that it would prevent them from counseling people who are gay. In truth, clergy are still allowed to counsel people, regardless of sexual orientation, and may even advise them not to engage in homosexual conduct, so long as they do not try to change the person’s underlying orientation.

The measure approved by the council states that “no mental health provider shall engage in sexual orientation or gender identity change efforts with any person.” Those caught engaging in the therapy would be guilty of a fourth-degree misdemeanor — with each individual violation being treated as a separate offense and carrying a maximum fine of $250.

Grant Stancliff, the communications director for Equality Ohio, says that many localities in the Buckeye State are having conversations about banning conversion therapy, particularly after the victory of President Trump, whose running mate, Vice President Mike Pence, has become infamous for his past support of the practice.

“After the election, social media was really talking about conversion therapy, and people were trying to figure out what we could do locally,” says Stancliff. “I expect, in the coming weeks, to see at least another city in Ohio passing a conversion therapy ban. From there, it can only spread. So I think that’s a good thing.”