City must now prove its sporting sites are ready, and that its bid to host the games has community support

By John Riley on March 1, 2017 @JohnAndresRiley 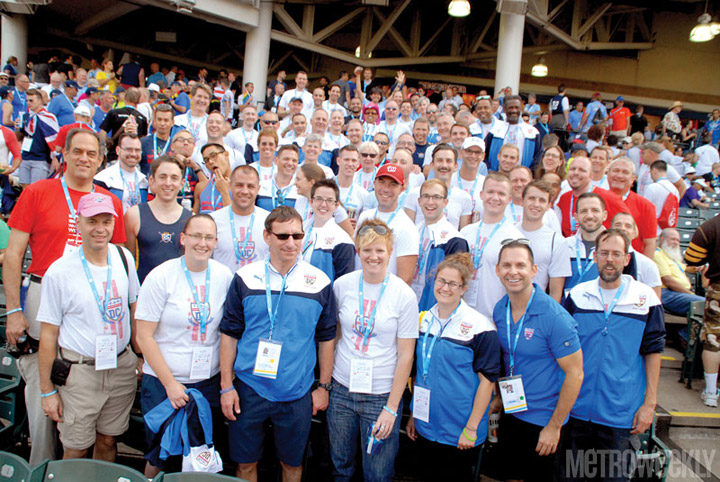 In good news for Washington, D.C.’s LGBTQ sports community, the nation’s capital has been named one of three finalists to host the Gay Games XI in July of 2022.

Held every four years, the Gay Games brings together approximately 12,000 to 15,000 LGBTQ athletes from all over the world to celebrate sports and culture. Gay Games XI is expected to draw anywhere from 80,000 to 100,000 spectators to the host city, bringing an estimated $100 million in related spending into the local economy.

As a finalist, D.C. will be visited by officials from the Federation of Gay Games, who will visit and inspect all proposed sites for Games events, evaluate the logistics of hosting the game, and gauge the level of community support for the bid. To illustrate that support, Brent Minor,chair of the Gay Games Washington DC 2022 Bid Committee, says the committee plans to host a large community rally while the FGG officials are in town.

“It’s vital to the bid’s success to show how much D.C. wants to host these Games,” Minor said in a press release. “We want everyone in D.C., not just the LGBT community, to join us to support this event.”

After being visited by FGG officials, the three finalist cities will be asked to prepare a presentation outlining why they should be selected as the host city. All three will present their case at the FGG’s annual meeting, which will be held in Paris later this fall.

“I think it’s going to be a very competitive bid cycle, and D.C.’s going to have to come together — which I think we will — and I think we’re going to have a really strong showing,” Minor told Metro Weekly in a follow-up interview.

Asked why D.C. was the only U.S. city still in contention, Minor says: “I know people want to engage international cities, I think they like having a variety of different countries involved.”

Minor notes that D.C. came close to hosting the games in 2014 before losing out to Cleveland, meaning the city made a relatively positive impression on FGG officials. But he also realizes that the political climate — including perceptions of President Donald Trump and his proposed policies regarding a travel ban, immigration, and even a recent reversal of protections for transgender school students — may play a factor in whether the Games chooses to reward a U.S. city at this time.

“Whether there’s any consternation about the way things are in the United States right now, politically, I don’t really know,” Minor says. “But that may have something to do with it. People are unsure.

For more information on D.C.’s bid, or if you would like to volunteer to assist with site preparation or May’s community rally, visit ggdc2022.org or facebook.com/ggdc2022.

John Riley is the local news reporter for Metro Weekly. He can be reached at jriley@metroweekly.com
← Previous Story Alleged gay basher tells couple, “You live in Trump country now”
Next Story → Poll: North Carolinians say HB 2 not needed for safety or privacy