22 European nations have been ordered to amend their laws 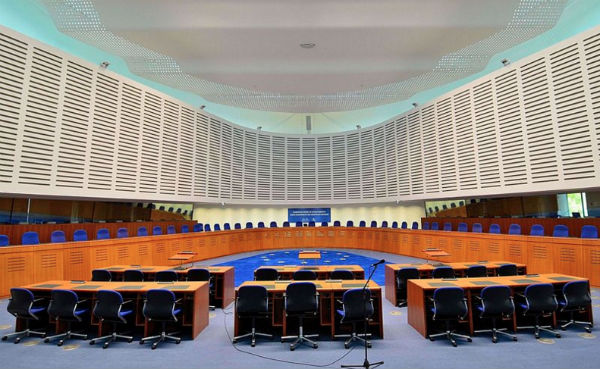 Courtroom of the European Court of Human Rights – Photo: Adrian Grycuk, via Wikimedia.

European countries that require sterilization of individuals seeking to legally change their gender must take steps towards ending the practice.

Last week, the European Court of Human Rights found that sterilization, which is still in practice in 22 nations across the continent, violates human rights. As a result, those countries will now be required to amend their laws.

The court upheld the requirement that people seeking to transition undergo medical examinations and mental health diagnoses, finding it was consistent with guidelines set forth by the European Convention on Human Rights.

LGBTQ advocates were elated by the decision.

“Today, the world moved in the right direction for trans rights everywhere,” Jessica Stern, the executive director of OutRight Action International, said in a statement. “Forcing unnecessary medical interventions to access basic human rights like legal recognition of a person’s gender is barbaric.

“As more countries review laws for gender identity recognition it is essential that they forgo outdated policies and follow legislation from places like Malta or Argentina which prioritize self-determination,” Stern continued. “The decision from the European Court raises the bar globally.”

The court’s ruling is based on three cases against France, submitted in 2012 and 2013, which argued that the practice violated Article 8 of the European Convention of Human Rights guaranteeing the “Right to respect for private and family rights,” Article 3 of the Convention, which prohibits torture, and Article 14, which prohibits discrimination.

The international arm of the Alliance Defending Freedom, an anti-LGBTQ organization that has been labeled a “hate group” by the Southern Poverty Law Center, sought to intervene in the case, arguing that states have the right to address transgender rights based on national contexts and tradition.

ADF also argued that the court should not consider the Yogyakarta Principles, which relate to sexual orientation and gender identity, when determining if forced sterilization violates transgender people’s human rights.

“Alliance Defending Freedom makes a mockery of the word ‘freedom’ when they put religious dogma over the rights of individuals to be legally recognized,” Stern said in a statement. “These cases are about every trans person’s right to self-determination and the freedom of every trans person to not be forcibly sterilized. This is without a doubt a fundamental right that must be upheld in every context.”

Julia Ehrt, the executive director of Transgender Europe, also praised the ruling as a victory for human rights.

“This decision ends the dark chapter of state-induced sterilization in Europe,” Ehrt said in a statement. “The 22 states in which sterilization is still mandatory will have to swiftly end this practice. We are looking forward to supporting those and other countries in reforming their national legislation.”

Currently, only four European countries — Norway, Ireland, Malta, and Denmark — have policies recognizing a person’s gender identity based on the principle of self-determination, without any medical requirements.

However, other nations, like France, have been gradually eliminating sterilization requirements for transgender citizens. Sweden has recently admitted that the practice violates human rights and has begun setting in place a system through which those who were forcibly sterilized against their will can potentially obtain reparations of up to 225,000 SEK, or $25,000.

John Riley is the local news reporter for Metro Weekly. He can be reached at jriley@metroweekly.com
← Previous Story Vatican: Gays and gay supporters may not become priests
Next Story → Amnesty International: Stop abduction, torture and murder of gay men in Chechnya