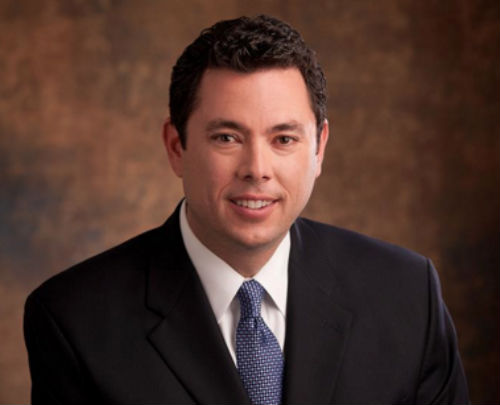 U.S. Rep. Jason Chaffetz (R-Utah) has announced he will not seek re-election to his House seat in 2018.

Chaffetz is a popular figure among conservative Republicans and a long-time thorn in the District of Columbia’s side.

He made the announcement on his Facebook page, writing: “After long consultation with my family and prayerful consideration, I have decided I will not be a candidate for any office in 2018. … Many of you have heard me advocate, ‘Get in, serve, and get out.’ After more than 1,500 nights away from my home, it is time.”

But Chaffetz, who was always thought to have higher political ambitions, left open the door to a future run for office, adding, “I may run again for public office, but not in 2018.”

His decision was not based on health or political concerns, saying he was “confident I would continue to be re-elected by large margins.” He also noted that he had the backing of Speaker Paul Ryan in his current position as chairman of the powerful House Oversight Committee.

Political observers had once speculated that Chaffetz might consider challenging Utah’s senior U.S. senator, Orrin Hatch, when Hatch — who some Republicans see as insufficiently conservative — seeks re-election in 2018. But Chaffetz told the Deseret News last year that he was “convinced” he did not want to seek a Senate seat, instead indicating that he might want to run for governor of the Beehive State in 2020.

Throughout his tenure in Congress, Chaffetz has long irritated Democrats by using his position to investigate the Obama administration and Democratic presidential candidate Hillary Clinton. According to The Washington Post, Chaffetz had been relishing the prospect of investigating Clinton once she became president.

But since the election of Donald Trump, Chaffetz has been much more meek in pursuing investigations against the White House. His reticence to investigate any potential conflicts of interest concerning President Trump and the Trump family’s business dealings has earned him criticism. So, too, has his refusal to investigate the circumstances surrounding the resignation of Trump’s former national security adviser, Michael Flynn.

In addition to a long record of anti-gay votes and statements, Chaffetz has also frequently been criticized for trying to interfere in the District of Columbia’s affairs. He introduced a “symbolic” bill in 2010 that would have forced the District to hold a referendum focusing on overturning its marriage equality law and has frequently sought to intervene in local affairs or block District laws that he disagrees with — particularly around social issues such as “religious freedom,” same-sex marriage and adoption, medical marijuana, and doctor-assisted suicide for terminally ill patients.

He was also a chief proponent of the First Amendment Defense Act, which would allow those with religious objections to homosexuality or same-sex marriage to refuse to provide goods or services to LGBTQ people.

Not surprisingly, most Washingtonians seem to be happy to see the Utah congressman headed for the exits.

“This is great news for everyone in D.C. who was frustrated with Rep. Jason Chaffetz’s attempts to block and change local D.C. laws from his perch in congress,” D.C. Councilmember Charles Allen (D-Ward 6) said in a statement. “But it doesn’t change the bigger picture — another congressional representative from somewhere else in America will assume the committee chair and have the same ability to interfere with locally passed laws by locally elected representatives. D.C. residents will remain committed to stopping Congressional meddling and are serious about saying ‘Hands Off D.C.'”

The Gay and Lesbian Activists Alliance of Washington, D.C. offered up a similar sentiment.

“We are grateful that Rep. Chaffetz will no longer be in the committee chair position, where his actions could harm the residents of our District, and undermine progress being made on LGBTQ and women healthcare rights.” Guillaume Bagal III, the president of GLAA, said in a statement.

“His blatant intrusion into our District’s affairs, including the Death with Dignity Act, which GLAA supported, was an attack on our city’s progressive values,” Bagal continued. “However, we are fully prepared for a like-minded congressional representative to take his place, and are committed to working with our allies and local government officials to safeguard the rights of our community.”