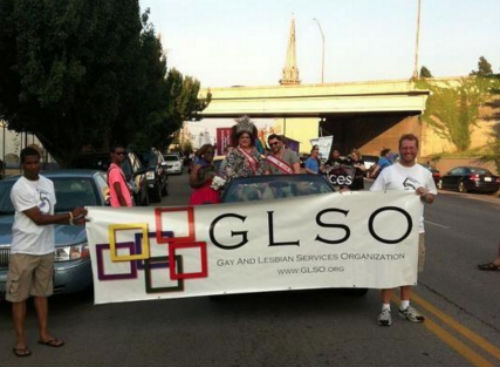 The Lexington Fayette Urban Human Rights Commission has decided to appeal a Kentucky appellate court’s finding that a T-shirt printing business that refused to print shirts for a gay pride festival did not engage in discrimination, reports Fox News.

The commission has been on the losing side of two court cases ever since it ruled that Blaine Adamson of Hands On Originals had violated Lexington’s fairness ordinance by refusing to make gay pride festival shirts for Lexington’s Gay and Lesbian Services Organization.

Adamson has argued that his Christian beliefs prevented him from making shirts that promoted a cause he did not believe in: gay pride, but insisted he would be willing to print shirts for gays and lesbians as long as the shirts did not promote homosexuality.

Writing for the majority, Appeals Court Chief Judge Joy Kramer found that the city’s nondiscrimination ordinance does not prohibit Adamson from refusing to print the shirts for the festival. According to Kramer’s logic, Adamson objected to spreading the message that people should have pride about being homosexual — which is different than refusing to serve a group because of the sexual behavior of its individual members.

Judge Jeff Taylor dissented, saying he thought the business deliberately discriminated against the organization because of its sexual orientation.

“The majority takes the position that the conduct of HOO in censoring the publication of the desired speech sought by GLSO does not violate the Fairness Ordinance,” Taylor wrote. “Effectively, that would mean that the ordinance protects gays or lesbians only to the extent they do not publicly display their same gender sexual orientation. This result would be totally contrary to legislative intent and undermine the legislative policy of [the commission] since the ordinance logically must protect against discriminatory conduct that is inextricably tied to sexual orientation or gender identity. Otherwise, the ordinance would have limited or no force or effect.”

“Finally, it is important to note that the speech that HOO sought to censor was not obscene or defamatory. There was nothing obnoxious, inflammatory, false, or even pornographic that GLSO wanted to place on their t-shirts which would justify restricting their speech under the First Amendment,” Taylor added. “The record in this case does not remotely establish that the depiction of rainbow colors with the number ‘5’ somehow symbolizes illicit or even illegal sexual relationships. Likewise, there is nothing in the message that illustrates or establishes that HOO either promotes or endorses the Festival.”

Raymond Sexton, the executive director of the Lexington Human Rights Commission, told Fox News he does not believe that Adamson’s decision had anything to do with free speech or the message on the T-shirts.

“We were surprised and disappointed about the court’s decision,” Sexton said. “Our position remains the same, that if it was about the message being printed, then Hands On Originals would have declined to do the work immediately. It wasn’t until they found out what event the shirts were for that they had a problem.”