Gavin Grimm to be honored at NCTE anniversary event

Virginia transgender teen Gavin Grimm will be one of three people honored at the National Center for Transgender Equality’s 14th annual anniversary gala in Washington on May 25.

Grimm will receive the Andrew Cray Award, named after a deceased transgender man who made a great impact on LGBTQ health issues, including transgender-inclusive care and insurance coverage for transition-related care, as well as anti-violence and safe schools policies.

Grimm, who gained national attention after suing the Gloucester County School Board for its policy barring transgender students from using the bathroom consistent with their gender identity, has become one of the more prominent figures within the current movement for transgender equality. He is currently seeking to convince the 4th Circuit to rule that Title IX’s protections against sex discrimination should apply to transgender students who are treated unfairly because of their gender identity. 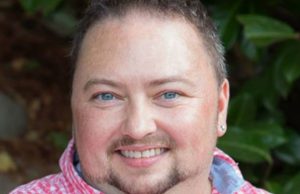 NCTE will also be honoring Gunner Scott, the director of programs at the Pride Foundation, with the Julie Johnson Founder’s Award, recognizing his 20 years of advocacy on behalf of the transgender community. As executive director of the Massachusetts Transgender Political Coalition, Scott was one of the leaders of the successful campaign to approve transgender nondiscrimination protections in the Bay State. A previous awardee, Scott has been involved in various public education and legislative campaigns, in both a fundraising and communications capacity.

Receiving NCTE’s Ally Award is Vanita Gupta, the former acting head of the Department of Justice’s Civil Rights Division under the Obama administration. In that role, Gupta advocated for and oversaw the adoption of pro-transgender policies, such as the administration’s joint guidance by DOJ and the Department of Education recommending that schools treat transgender students according to their gender identity. She was one of the key figures in the Department that brought a lawsuit against the state of North Carolina for trying to enforce its anti-transgender HB 2 law. 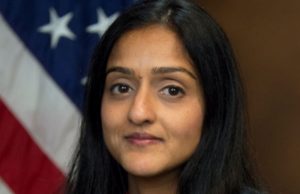 “Our honorees this year are all phenomenal advocates who have done so much for our communities already, and it’s amazing that we have the opportunity to present them with these awards and celebrate their achievements,” Mara Keisling, the executive director of NCTE, said in a statement. “We’re in the fight of our lives, and knowing that these three are still out there continuing to do great work is a comfort.”

The National Center for Transgender Equality’s 14th anniversary event, “Forward Together,” will take place on Thursday, May 25, at 6 p.m. at the Hamilton, 600 14th St. NW. For more information, visit transequality.org/forwardtogether.