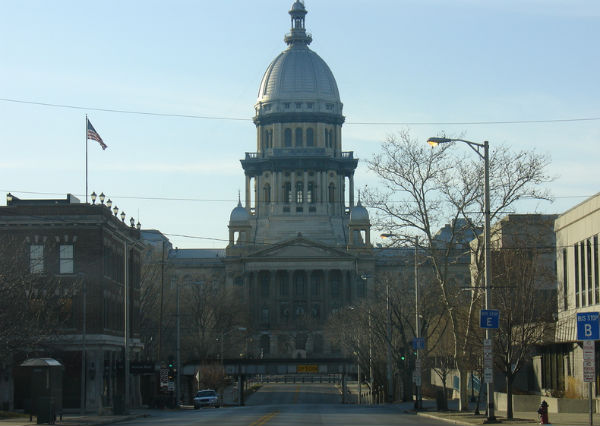 Lawmakers in the Illinois House and Senate are weighing two pro-LGBTQ measures, and have sent a third to the desk of Gov. Bruce Rauner to be signed into law.

The House and the Senate previously passed a measure designed to encourage LGBTQ Illinoisans to self-identify as LGBTQ when being considered positions of public service, including as members of boards and commissions that report to the governor.

The bill requires the governor’s office to include the demographic data on the number of LGBTQ people who apply for those boards or commissions and those who are appointed, and report those figures to the legislature. Potential appointees can already self-identify according to ethnicity, gender, and disability status.

Both the Senate and the House approved the public service bill by overwhelming margins. Rauner, a Republican, has not yet indicated whether he intends to sign the measure into law.

The Illinois House has also approved a bill that makes it easier for transgender people to change their birth certificates without having to undergo gender confirmation surgery. Instead, people wishing to update their name or gender marker on their vital records would only have to provide a note from a medical professional attesting that they have undergone a gender transition.

Democrats in the lower chamber argue that the change puts Illinois in line with other states and jurisdictions that have eliminated the surgical requirement for amending one’s birth certificate an other documents. They say the change will allow transgender people who do not want or cannot afford costly surgery to be recognized according to their gender identity.

Opponents, mostly Republicans, have argued that the current law, requiring surgery, goes far enough in allowing transgender people to amend their vital records. Some social conservatives argue that, by eliminating the surgical requirement, people will be able to change their gender identity multiple times, based on a whim. They have also argued that sexual predators will take advantage of the law in order to commit assault inside public restrooms.

The bill now heads to the Senate for approval. But even if it is approved there, it could be vetoed by Rauner.

The last bill, which passed the 59-member Senate by a unanimous vote of 41-0, would outlaw the use a “gay panic” or “trans panic” defense as justification for committing crimes against members of the LGBTQ community. The idea behind the defense is that the victim’s sexual orientation or gender identity — and its perceived “threat” to a person’s physical wellbeing or reputation — has “triggered” the defendant into committing violence. The defense was most recently and successfully used in Illinois in 2009, when a man was acquitted of first-degree murder charges after stabbing a man 61 times, claiming the victim had attempted to rape him.

In 2013, the American Bar Association adopted a resolution urging governments to eliminate “gay panic” or “trans panic” as a defense. That bill is currently awaiting a vote in the House of Representatives, where it is more than likely to pass before being sent to Rauner’s desk for his consideration.

Equality Illinois, the state’s top LGBTQ organization, has urged lawmakers in both chambers and Rauner to approve all three bills, writing on its Facebook page: “[We are] hopeful that the General Assembly will act in its final days of the spring session to pass bills advancing LGBTQ civil rights, as well as passage, finally, of a responsible budget with adequate revenues to fund essential programs for all Illinoisans.”