All the information you need to navigate Capital Pride 2017

The 2017 Equality March for Unity and Pride is scheduled to take place in downtown Washington, DC. The route will begin north of The White House, at 17th and I Streets, NW, and will end on the south side of the Capital Pride Festival, at 7th Street & Constitution Ave NW. A post-march rally has also been scheduled to take place on the National Mall.
Date: Sunday, June 11, 2017
Time: 10 am-2 pm 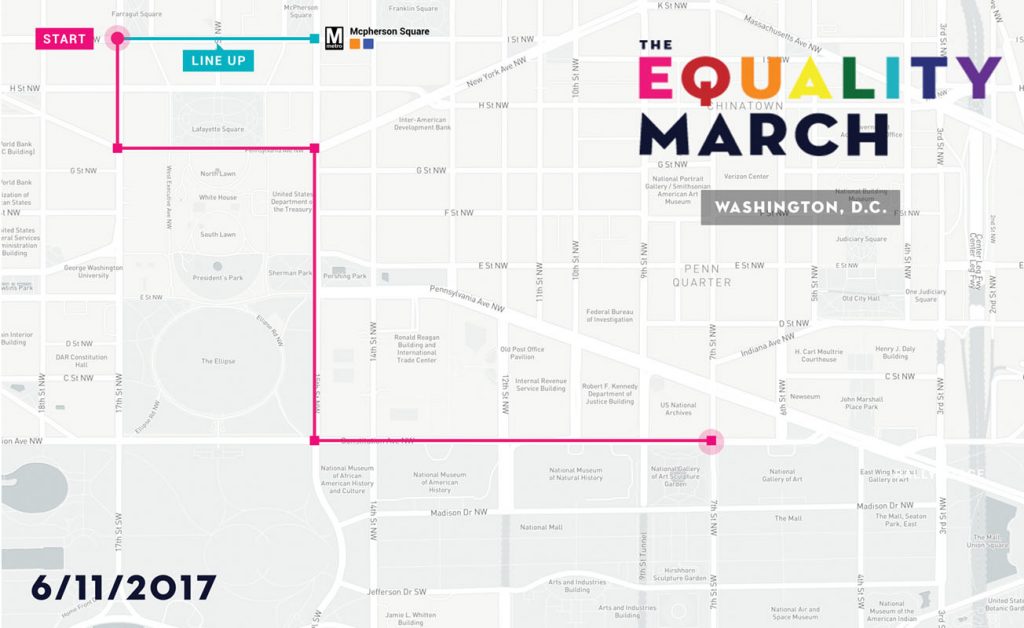 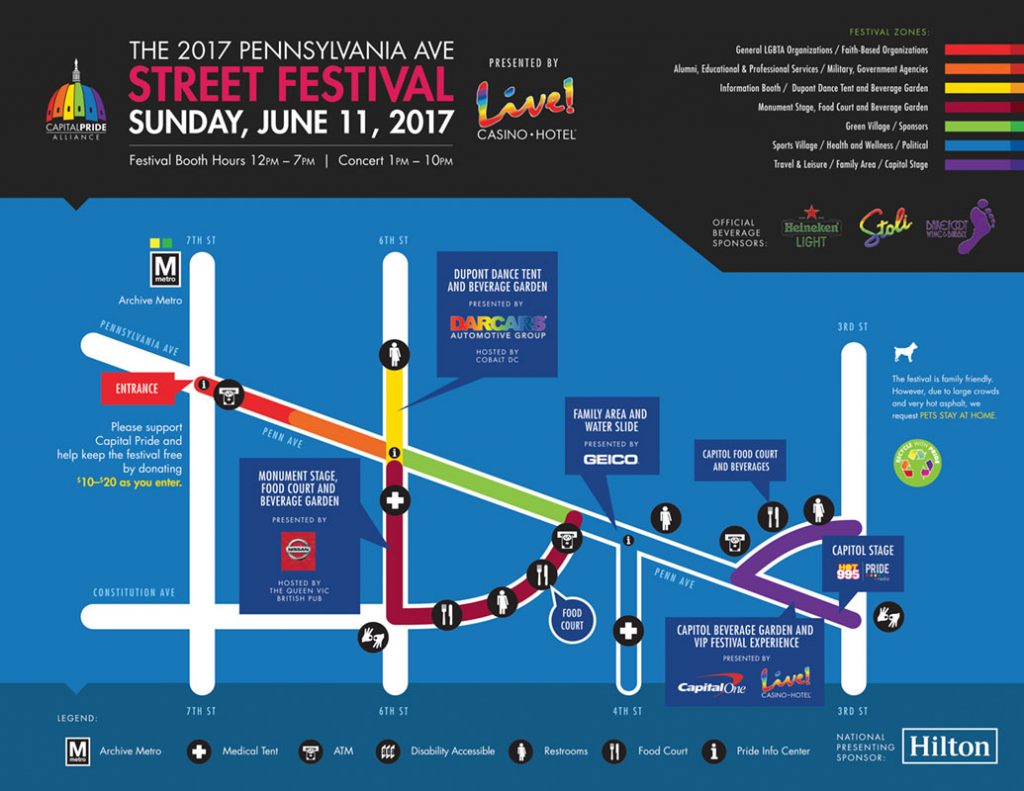